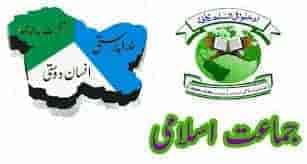 The Jamat-e- Islami Jammu and Kashmir on Thursday quoted controversy saying that people of Pakistan rejected Islam as election results showed that secular parties were winning most of the seats.

Spokesman of  Jamat-e- Islami Adv Zahid Ali said that people of Pakistan  had proved that they never had any likening for the Islamic system of life.

Taking to his Facebook Zahid wrote, “Pakistani people proved beyond doubt that they never like Islamic system of life though they call themselves MUSLIMS! Virtually they inadvertently rejected Islam,”

He wrote the post when poll results in Pakistan general elections showed parties like PTI, PML-N and others way ahead of Islamist parties like Jamaat-e-Islami and others.

Zahid however,was soon rebutted on his views about the Pakistan elections that has come under attack from various extremist groups including IS. More than  250 people have died in different attacks during the course of  elections .

Those who commented on his post included journalists and other notables of the society, both of whom criticized the Jamaat spokesperson for his views.

Law expert Dr Showkat Hussain and Journalist Sameer Lone  ,like many others countered Zahid  and reminded him that  Jamat-e-Islami in Pakistan had been part of  different “Secular”  coalitions in the country including  Khyber Pakhtunkhwa where Imran Khan’s Party PTI is in power.

“How is Imran Khan and his PTI unislamic now when till yesterday u were part of his Govt in KPK. Grow up as a political person. U ppl behave like BJP, that those who vote us are not real Hindus.” Sameer Lone wrote.

Sheikh Showkat was of the similar view, he wrote, “Absurd comment voting or not voting for a party does not mean rejection of Islam. A Muslim has submitted no choice of accepting or rejecting. By becoming part of this western democratic process Islamic groups subject them to this process. By aligning with almost every party in different elections including notorious Fazlu Reman they have discredited them selves. They were part of PTI government in KPK for last five years,” Showkat said.

When netizens asked how the people had rejected Islam, Zahid replied by saying that they had denied any chance to those people who could implement Islam in “letter and spirit” referring to the candidates of Jamat-e-Islami.