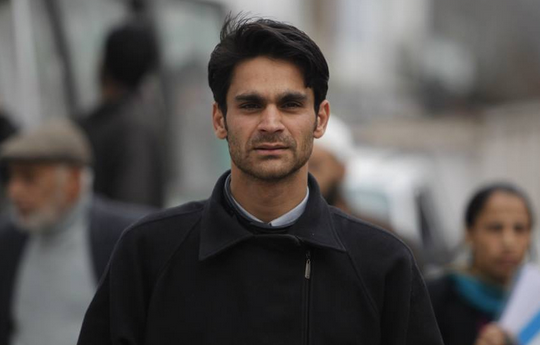 Earlier on Monday, the NIA questioned PDP’s youth wing president in connection with a case related to suspended Deputy Superintendent of Police (DySP) Davendra Singh in Jammu and Kashmir.

Para, who recently filed his nomination form for the upcoming District Development Council elections in the Union Territory, appeared before the NIA at its headquarters in New Delhi.

He was instrumental in the revival of the PDP in south Kashmir, especially in militancy-affected Pulwama. He told PTI that the NIA asked him about his political career and PDP’s soft politics.

He expressed ignorance about the case for which he was questioned by the agency. The NIA was not available for comments

Previous articleBJP will use grenades and guns to bag seats: Mehbooba in south Kashmir
Next articleGujarat model of persecuting Muslims in full swing in J-K: Mehbooba on Para’s arrest