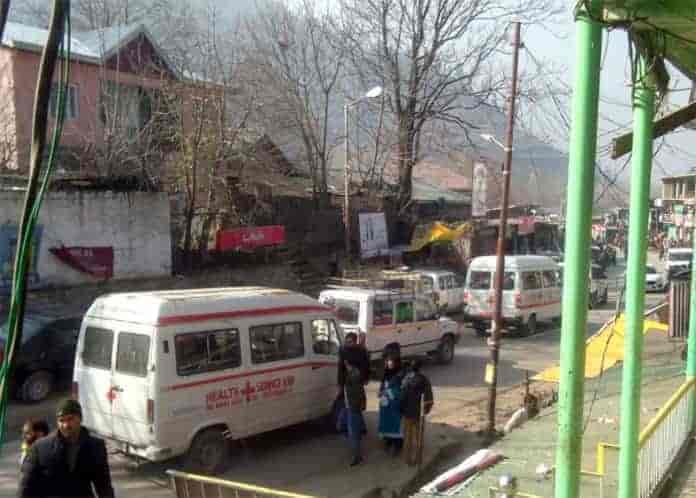 A pall of gloom descended in Uri area of Baramulla district in north Kashmir on Sunday when bodies of seven labourers out of eight reached their respective native villages from Uttrakhand state.

On Friday, at least 15 labourers came under a mountain portion when a poclain was working to make way for a road near Bansbada area of Uttarakhand’s Rudraprayag district. While seven had a miraculous escape, the bodies of as many others were recovered on the same day. On Saturday, after about more than 24 hours of the incident, the body of the missing labourer, a teenager (Majid Khan) was recovered from under the debris.

The bodies of seven persons that reached the native villages today include Bilal (20) resident of Uri, Sibbeer (30) of Bagna Baramulla, Abdul Rashid (60) of Uri, Imtiaz Ahmad (26) of Handlanga Baramulla, Mushtaq Ahmad (30) of Uri, J Hamid Sheikh (30) of Uri, and  Gulzar (20) of Uri.

The bodies were first brought to the road from Uttarakhand to Jammu from where they have been flown to Uri in a special chopper arranged by the state government with the help of army, SDM Uri Basheer Ul Haq said.

“The remaining body that of Majid Khan will be flown to Uri as soon as it reaches Jammu and will be handed over to the family for last rites,” SDM said.

Station House Officer (SHO), Ukhimath, Hoshiyar Pankholi had told over phone that a group of around 15 labourers from Baramulla district were working when the poclian removed some portion of the mountain following which a large portion caved-in, as a result of which all of them got buried.

The SHO had said that a case under IPC sections of 304-A 336, 337, 338 has been registered in concerned police station Ukhimath.

District Commissioner of the area had said over phone that a magisterial inquiry has been ordered into the incident.

In a major tragedy, seven workers from Uri area of Baramulla District in Northern Kashmir were killed in a landslide in Uttarakhand on Friday.

The incident happened near the construction site of Char Dham all-weather road in Rudraprayag district of Uttarakhand. (with inputs fromGNS)