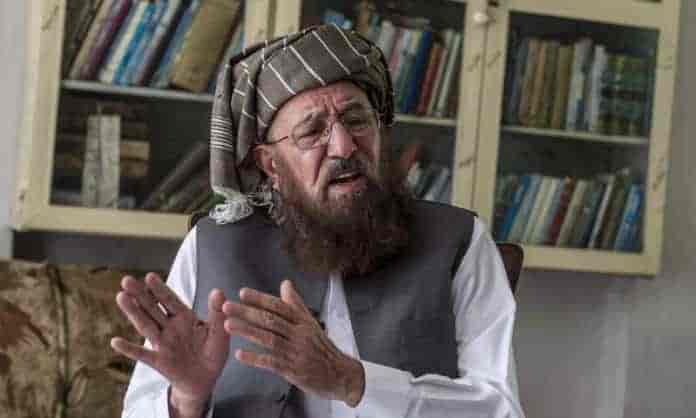 Influential religious scholar and former senator Maulana Samiul Haq also known as “Father of the Taliban” has been assassinated at his residence in Rawalpindi, Dawn reported.

His son Maulana Hamidul Haq confirmed that his father was stabbed to death while he was resting in his room.

“His driver Haqqani had gone out. On his return, he saw that Maulana Sami was lying in his bed in a pool of blood. He was no longer alive,” Hamid said while talking to Geo News.

The news of his death comes at a sensitive time, with religio-political parties out on the streets protesting the Supreme Court’s acquittal of Asia Bibi, a Christian woman, in a blasphemy case.

Maulana Sami, the chief of his own faction of the Jamiat Ulema-i-Islam, was unable to take part in the protest that was underway against Bibi’s acquittal due to road blockades and had returned home, his son said.

“He was stabbed multiple times,” Maulana Hamid said. Maulana Sami’s driver/gunman had left the house for approximately 15 minutes when he was stabbed.

Maulana Sami, said to be around 82 years old, was the head of the Darul Uloom Haqqania seminary in Khyber Pakhtunkhwa’s Akora Khattak.

He was a member of the Senate of Pakistan from 1985 to 1991 and again from 1991 Maulana Sami was an influential figure among members of the Taliban on both sides of the Afghan-Pakistan border.

Last month, a high-level delegation from Afghanistan had called on Sami, known as the “Father of the Taliban”, at Darul Uloom Haqqania and urged him to play a role in resolving the Afghan issue.

The delegation had appealed to the JUI-S chief to play the role of a mediator between different groups of Taliban as they considered him [Maulana Sami] their elder. The delegation members assured him that they would accept his decision for reconciliation in Afghanistan.

Maulana Sami had told them that the Afghan issue was very complicated and its resolution was not an easy task for him. However, he had said he wished to see a logical end to the Afghan issue and an end to bloodshed in the country.