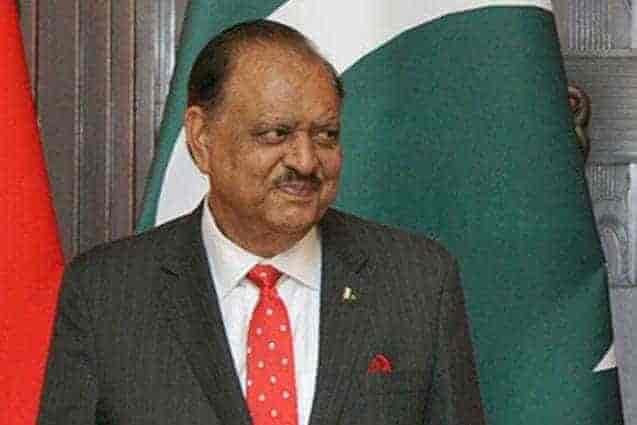 President of Pakistan, Mamnoon Hussain on Tuesday said that Pakistani people remember the people of Kashmir and their historic sacrifices.

Mamnoon was talking on the occasion of the celebration of Pakistan’s 72nd Independence day.

Hussain spoke about many issues including that of Kashmir,  “Pakistan will continue to provide its political and moral support to resolve the Kashmir issue under United Nations resolutions,” Mamnoon was quoted as saying by Dawn.

He called upon the international community to raise its voice to get the Kashmiri people their due rights.

He said despite significant progress, Pakistan has yet to reach its destiny and that a consensus about national objectives is imperative to achieve the goals.