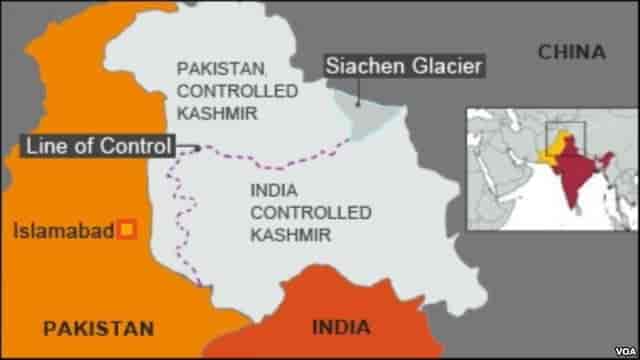 This month India and Pakistan celebrated their respective independence days, in place to mark the end of British colonial rule in India and the birth of an Islamic state for the region’s Muslims.

Since the division of British India, both states have been at logger heads over the unresolved issue of Kashmir. With one state claiming the territory due to its Muslim majority population and the other over the Maharaja’s accession, nothing concrete has been achieved in the past seven decades. Instead there have been years of threats, conflict and recycled rhetoric. The contempt Kashmiris feel towards India over its gross human rights violations in the region warrant international criticism and action.

With regards to Pakistan’s affairs in Kashmir, criticism can be divisive and problematic. Many champions of Pakistan’s claim over Kashmir time and again note that the region’s two-thirds Muslim majority ipso facto makes it intrinsically Pakistan’s territory.

Pakistan whilst claiming to support Kashmir’s right to self-determination has very openly shown that it supports anything but that. The Trans-Karakoram tract, an area of Kashmir now occupied by China was ‘gifted’ by Pakistan to China in 1963. If any state genuinely supports an occupied people’s right to self-determination then surely such an act achieves the opposite outcome. Furthermore, it is also important to note the ‘Azad Kashmir elections’ which occur in the Azad Kashmir region of Pakistan-Administered Kashmir can only be contested by a select few who share an ideology palatable to Islamabad’s Parliamentarians. Namely, that every candidate standing for election has to take an oath, under the Azad Jammu and Kashmir Interim Constitution 1974 stating they support Pakistan’s claim over Kashmir, including that Indian-Administered Kashmir should accede to the Islamic Republic. This can be viewed as a direct contravention to any meaningful negotiations, and progress on the region’s future; when an occupying state so openly compels occupied peoples to agree to its agenda.

The assassination of Arif Shahid on 13 May 2013 is also something that should not be ignored, as it was widely by the Pakistani media. Shahid was the President of the Jammu Kashmir National Liberation Conference, a vehement pro-independence activist who detested both states’ occupation of the region. And it was his outspoken criticism of Pakistan’s actions in Kashmir that led to his untimely demise at the hands of state actors.  This tragic loss of life did not receive any condemnation from politicians in Islamabad and more importantly there was no investigation into his murder. This incident alone shows the worth of Kashmiris lives and Pakistan’s attitude towards Kashmir: if you are with us, then we support your right to self-determination but if you do not support our narrative then we no longer require you.

Gilgit-Baltistan and the Mangla Dam project are issues in and of themselves which are hugely problematic, and are reasons to acknowledge that Pakistan’s intentions in Kashmir are extremely selfish and opportunistic. Gilgit-Baltistan’s issues are vast and rarely discussed; from high poverty illiteracy rates, lack of instructive in the rugged mountainous terrain and no political representation in Islamabad or its own assembly. With the Mangla Dam the demands of the natives were ignored and a dam was built in Mirpur against the residents’ wishes.  The construction of the dam was primarily for the benefit of Northern Punjab, and consequently resulted in the displacements of ten-of-thousands of residents, with lack of adequate compensation given.

An international solidarity campaign for Kashmir is long overdue, especially if it is considered that this conflict is the longest in modern times alongside Israel-Palestine, and as the region is the most militarised zone globally. Yet Kashmiris are in part to blame for the lack of interest and support the cause receives internationally, when we as a group are so divided.  This is not helped when some Kashmiris are compelled to support one of the region’s occupying states on the grounds of religion, when that state has shown nothing but contempt towards Kashmiris.  This alone should show that Kashmiris owe nothing to the Islamic Republic claiming to support its right to self-determination when Pakistan has occupied Kashmir for nearly seven decades like India.  It is high time Kashmiris acknowledge this fact, if they wish to genuinely advance the cause of azadi.

The author is from Pakistan-administered Kashmir and has studied Law from Birkbeck, University of London.