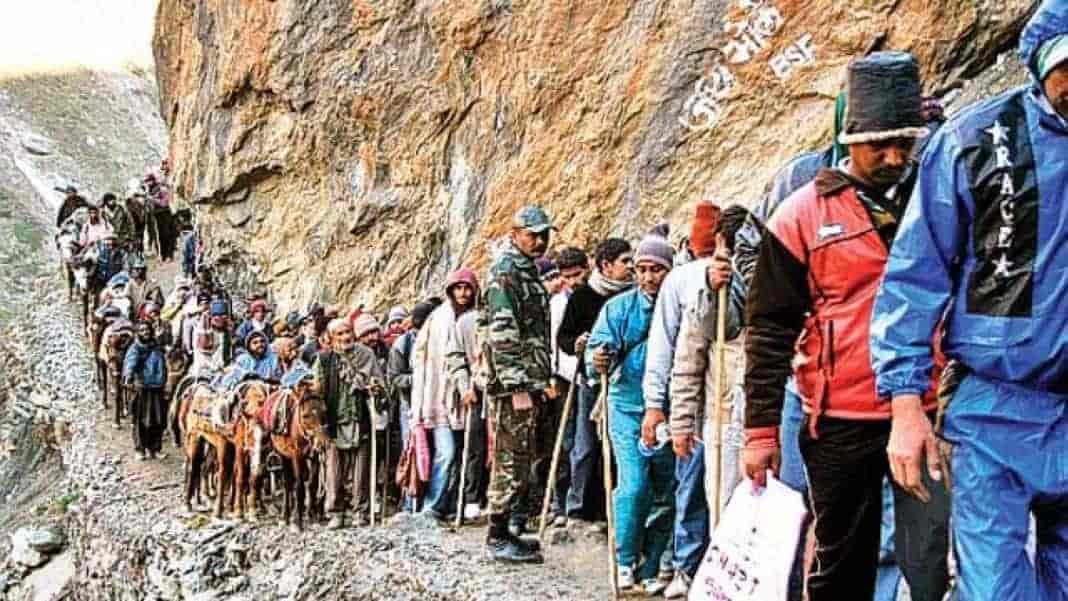 The pilgrims left the Bhagwati Nagar Yatri Niwas for the Kashmir Valley in an escorted convoy of 59 vehicles as 1,303 headed for Pahalgam while 680 proceeded towards the Baltal base camp,” the police  was quoted as saying by IANS.

The Met has forecast rain and thundershowers along both the Baltal and Pahalgam routes during the day.

The yatra that started on June 28, will end on August 26 coinciding with the Shravan Purnima festival.