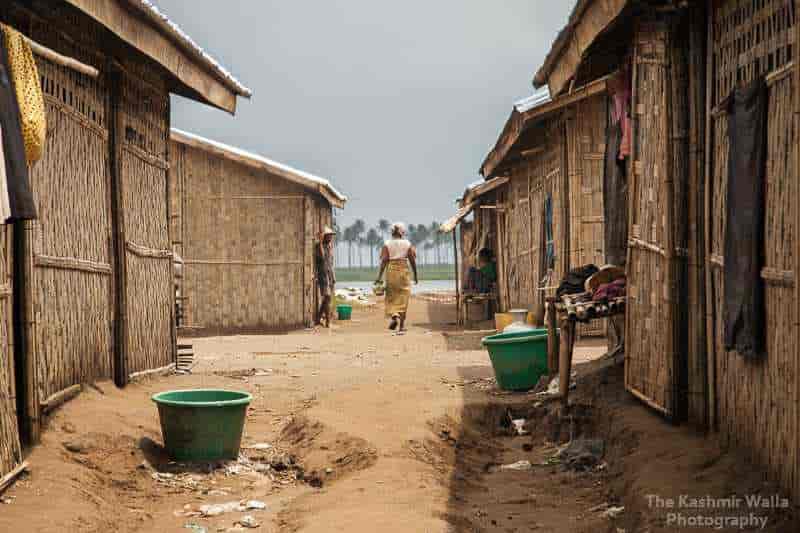 Around two dozen huts of Rohingya refugees were gutted in a massive midnight fire in Jammu in the early hours of Monday, officials said.

Official sources told that the fire started at Kabaar and within no time engulfed the jhuggies of close periphery in Marauti Mohalla Jammu.

The fire raged for more than two hours and when the flames doused off, it had destroyed all the shelters of the Rohingya. The number of shanties is put 25 put it could be more, they said.
The fire, the cause of which is not known, comes as Supreme Court has reserved verdict on a plea against the deportation of the Muslim Rohingya to Myanmar where they, according to their lawyer advocate Prashant Bhushan, can be “killed or subjected to torture.”

“Fire started at around 0100 hours and could douse at 0315 hours. Three fire tenders were pressed into service,” Senior Superintendent of Police (SSP) Jammu, Chandan Kohli said. “No injury or loss of life has been reported,” he said, adding, “Fire started from kabaar and within no time engulfed the jhuggies of close periphery. Rest situation normal,” he added. (GNS)