Not more than 240 militants active in Kashmir, says DGP Singh 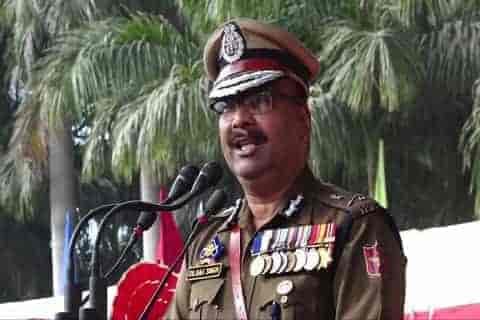 Srinagar: Director General of J&K police Dilbagh Singh Tuesday said that the one of the two slain militants of Nawa Kadal encounter have been identified as Hizbul Mujahideen’s divisional commander for Central Kashmir Junaid Sehrai, the son of Tehreek-e-Hurriyat chairman Muhammad Ashraf Sehrai.

Police have identified the second slain militant as Tariq Ahmed Sheikh from Pulwama district of South Kashmir. Sehrai is from Hyderpora area of Srinagar. He originally hails from Kuwpara district.

The DGP said while replying to a query what were the two slain militants doing in Srinagar, he said that they were tasked to lure youth into militancy and for grenade throwing. “Sehrai would hold meetings with the youth and lure them towards militancy,” he said. His associate Tariq was active in Pulwama and Shopian districts.

The DGP said that Nawa Kadal operation was a clean one as only one residential house caught fire which was controlled immediately, “The first thing we did in the morning was to evacuate the inmates. In that process, two forces personnel—one from CRPF and another from J&KP’s SoG were injured. In the final assault, the remaining militant hurled a grenade in which two CRPF men sustained injured but all the injured are stable,” he said.

Asked how many militants are active in Srinagar, the DGP said that number keeps on floating and in entire Central Kashmir, the number is just 14. About the total active militants in Kashmir at present, he said the number is far less than the last year.

“Not more than 240 militants are active in Kashmir,” he said, adding that 73 militants were killed this year so far and 95 militants and their associates were arrested—(KNO)