Norway has no role to play in Kashmir conflict, clarifies envoy 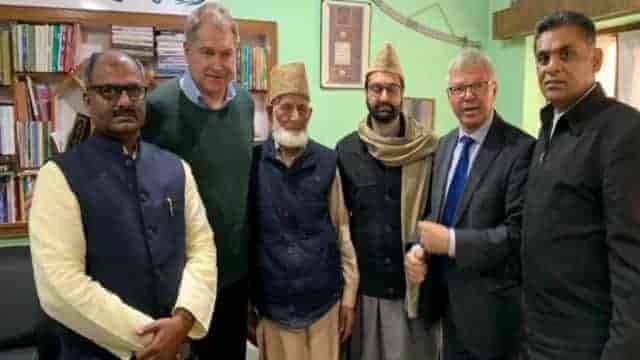 Norwegian government  has no role to play in the Kashmir conflict and is not mediating in it , the country’s envoy to India has clarified, The Tribune reported.

Kjell Magne Bondevik, who heads the Oslo Center for Peace and Human Rights, in a surprise visit to the Valley on November 23, met Syed Ali Shah Geelani and Mirwaiz Umar Farooq.

Bondevik  after a brief stay in Delhi had also met president of Pakistan-administered Kashmir Sardar Masood Khan and was received by top Pakistani leaders, including Foreign Minister SM Qureshi.

Political opposition in Kashmir raised eyebrows, asking if the Modi government had sought any mediation from Bondevik or Norway.

The Norwegian Embassy in Delhi clarified that the Oslo Center worked in partnership with the Art of Living and Bondevik himself had said he was invited by Sri Sri Ravi Shankar to visit the volatile Valley. Incidentally, Kamsvag was in Goa for a conference and did not meet Bondevik. The longest-serving former Norwegian PM mediated previously between Colombo and Tamil Tigers during the Sri Lankan civil war.