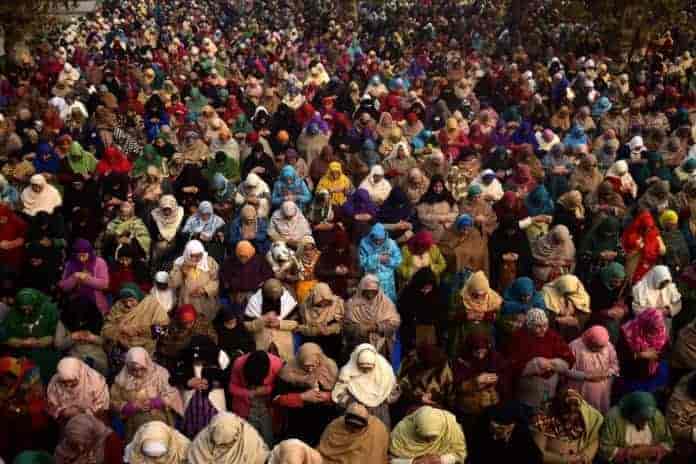 There will be no night-long prayers on the eve of Shab-e-Meraj (11 March) at the revered shrine of Hazratbal, Srinagar, the Shrine Management officials said Sunday.

They said that the second round of deliberations took place on Saturday in which it was decided that in view of the Covid-19 pandemic, it won’t be feasible to allow night-long prayers at the shrine on the eve of Shab-e-Meraj (Prophet Muhammad’s Journey towards skies).  “There will be no Shab (night long prayers) at Hazratbal shrine on March 11.

Officials said that Chief Executive Officer (Hazratbal shrine Management) Mufti Fareedudin had in an interview to a news channel clarified that there will be no night-long prayers at the shrine on Shab-e-Meraj eve but holy relic will be displayed for devotees after every prayer on 12 and 13 March and also on the Friday following Shab-e-Meraj i.e. 19 March.

Pertinently, the Hazratbal shrine management body will also meet the district and divisional administration tomorrow and apprise it about the decision of not holding night-long prayers on Shab-e-Meraj eve—(KNO)

Previous articleSecularism biggest threat to traditions of India: Yogi Adityanath
Next articleIndian army personnel are real heroes, visited Kashmir only because of them: Vicky Kaushal in Uri