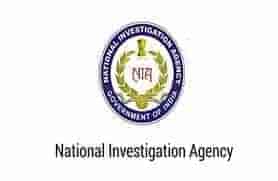 The statement further stated that, the case arose out of FIR No. 0045/2020 registered at Police station Nagrota, Distt: Jammu on 31.01.2020 wherein a truck carrying three freshly infiltrated Pakistani militants was stopped for checking by the naka duty staff at Ban Toll Plaza, Nagrota, Jammu on Pathankot-Sringar Highway at 5:00 AM. While the driver Sameer Ahmad Dar and his two associates viz. Asif Ahmad Malik and Sartaj Mantoo escaped taking advantage of pre-dawn darkness, the heavily-armed Pakistani militants hiding inside the cargo cabin of the truck started firing at the police party grievously injuring one security personnel. In the ensuing search operation launched by the security forces in Ban forest area, the threePakistani militants got killed while the driver and his two associates were arrested.

NIA took up the investigation of the case on 10.02.2020 and arrested three more militant associates of this Infiltration-Transportation module.

Searches were conducted at several places in Kashmir valley and incriminating material including documents and digital devices were seized.

Investigation revealed that apart from their unsuccessful attempt in January, 2020, this module had received a group of three Pakistani militants in December, 2019 after they infiltrated into India from the International Border in Samba sector and ferried them to South Kashmir.

This module was in touch with Pakistan-based Jaish-e-Mohammad handlers and launch-pad commanders who used to send the location of freshly infiltrated militants and also share the code-words for receiving them to driver Sameer Ahmad Dar on secure messaging apps.

The other three arrested accused viz. Suhaib Manzoor, Zahoor Ahmad Khan and Suhail Javed @ Suhail Lone were the Over-Ground Workers (OGW’s) of JeM and provided safe shelter, logistics andcommunication back-up for the infiltration and transit of the Pakistani militants.

These OGW’s also purchased ‘phirans’ for the infiltrated militants to make them look like Kashmiris and to help them hide their weapons.