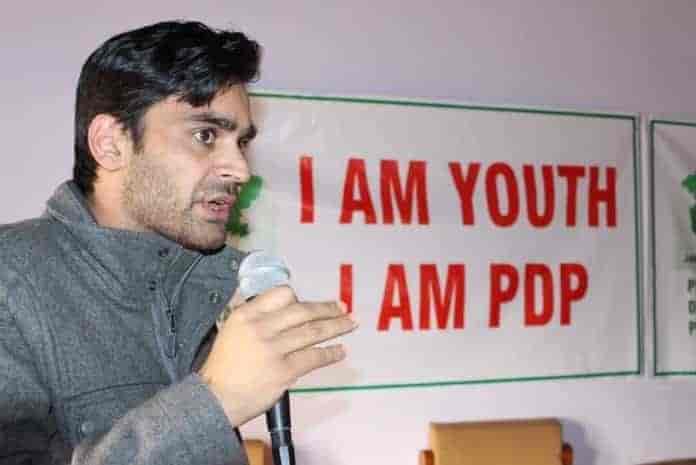 In a statement the NIA said, “Investigation revealed that chargesheeted accused Waheed-ur-Rahman Para was part of the conspiracy for raising and transferring of militant funds to Hizb-ul-Mujahideen (HM) militants for procurement of ‘terrorist’ hardware and was also a crucial player in sustaining political-separatist-militant nexus in J-K.

The NIA filed a chargesheet against two gun runners in the Devender Singh Case here in special NIA court in Jammu.

NIA said that it filed a supplementary chargesheet against three accused persons namely Shaheen Ahmad Lone, Tafazul Hussain Parimoo and Waheed-ur-Rahman Para under section 120B of the IPC, sections 17, 18, 38, 39 and 40 of the UA (P) Act, and section 25 (1AA) of Arms Act and section 6 of the Explosive Substances Act in NIA Special Court Jammu in Devender Singh Case.

This case arose out of Police station Qazigund, Kulgam under FIR no. 05/2020 dated 11.01.2020 after apprehension of two militants of Hizb-ul-Mujahideen (HM) namely Syed Naveed Mushtaq, the then District Commander of HM for the district Shopian and Ganderbal and Rafi Ahmad Rather along with one serving DSP of J-K Police.

The statement further states that, Devender Singh and Advocate Irfan Shafi Mir, near Al-Stop Naka, Qazigund while they were travelling from Srinagar to Jammu in the I20 car owned and driven by accused Advocate Irfan Shafi Mir. NIA had re-registered the case as RC-01/2020/NIA/JMU and had taken over the investigation. NIA had earlier filed chargesheet against eight accused in this case.

Investigation has revealed that chargesheeted accused Shaheen Ahmad Lone and Tafazul Hussain Parimoo were involved in gun running from across the LoC for the militants of banned militant organisations Hizb-ul-Mujahideen (HM) and Lashkar e Taiba (LeT) and were also channelizing funds to the militants for sustaining militant activities in J-K at the behest of handlers located in Pakistan.

Further investigation in the case continues, reads the statement.(GNS)