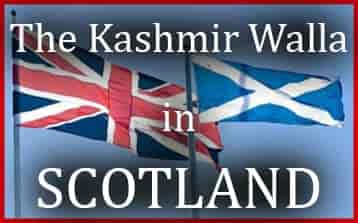 One month on from Scottish referendum UK citizens are no clearer about what further devolution in the wake of the ‘No’ vote might look like.

The No camp won by 10 percentage points (55-45), but the Prime Minister’s play of hitching future devolution in Scotland to the so-called English question, (with the rather unfortunate acronym of EVEL – English votes for English laws) means that there is still no agreement between the three main Westminster parties on the details on offer of further devolution to Scotland.

David Cameron’s move earned him a rebuke from the Financial Times, which declared in an editorial that ‘constitutional reform is too serious to be left to [the PM’s] pre-election tactics’. The next general election is due in May 2015.

Labour has 40 MPs in Scotland, which means that it could find itself in the invidious position of being in power next year but unable to govern effectively if those MPs are prevented from voting on issues affecting England.

Gordon Brown, a former Labour Prime Minister and star of the No campaign, told the House of Commons that the Tories plans were anti-Scottish, anti-British and risked a “constitutional crisis”.

Mr Brown said: “The effect is that the government of the day would also become a servant of two masters, not sure whether its continuation depended from one day to the next on English votes or on the votes of the whole of the United Kingdom.”

In addition to disadvantaging Labour, the Tories also sought to silence the guns of the UK Independence Party (UKIP), which recently elected its first MP and is causing sleepless nights for both Labour and the Conservative strategists in the run up to the election with its populist appeal.

Separately, constitutional experts warn that the timetable set out by the government may not be realistic. Proposals have now been published outlining the positions of the three main Westminster parties, and a consultation on the new powers should begin in November, with draft legislation placed before Parliament in January next year.

Trust in politicians will continue its downward trend if Westminster MPs fail to deliver in accordance with the agreed timetable. Constitutional change is now inevitable but its passage will be necessarily complex.

Alex Salmond, First Minister of Scotland and leader of the Scottish National Party, resigned shortly after losing the referendum, now replaced by his deputy, Nicola Sturgeon.

Both remain clear that they intend to hold Westminster’s feet to the fire to ensure promises of more powers for the Scottish Parliament, made in the final days of campaigning, will now be kept.

The experience of voting has energised the electorate north of the border, with the Scottish National Party the main beneficiary, claiming around 80,000 members compared to 25,642 at the referendum. More than 3.6 million Scots voted, among them some 100,000 16 and 17-year-olds voting for the first time in the UK’s history.

Akash Paun, a Fellow at the Institute for Government, noted: “Far from being bowed from defeat, the SNP-led Scottish Government has set out a bold vision for change, calling for extensive additional powers to be transferred from Westminster.”

Mr Paun, who leads the Institute’s ‘Governing after the Referendum’ research, added: “One encouraging sign is that all parties are committed to working within the challenging timetable the unionist parties set themselves.

“But the areas of disagreement are many, much horse-trading and arm-twisting lies ahead, and there clearly remains a significant possibility that no mutually-acceptable position will be reached by November or perhaps even by next May’s election.”

Wales and Northern Ireland – the UK’s other devolved administrations – also stand to gain from further devolution following the Scottish Referendum. Furthermore, all Westminster parties have pledged to increase autonomy for cities and regions outside of London in their manifestos ahead of the election. However, it is worth remembering that politicians rarely relish giving away power, and there can be many obstacles to decentralisation.