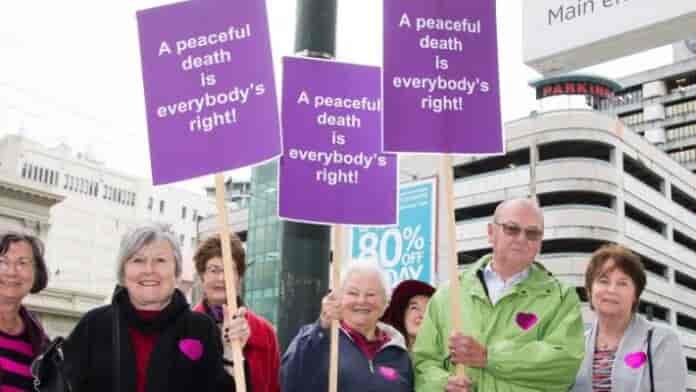 People in New Zealand have voted in favor of legalizing euthanasia for people with a terminal illness — clearing the way for the controversial proposition to become law in 2021, CNN reported.

According to the report more than 65% of voters backed the proposed law, according to preliminary results of a referendum announced by the country’s electoral commission Friday.
Lawmakers voted 69-51 to approve the End of Life Choice Act 2019 last year before sending the issue to a referendum.
More than 2.4 million people took part in the poll, which was conducted alongside New Zealand’s general election on October 17. Prime Minister Jacinda Ardern won the election by a landslide, securing a second term and an unprecedented majority for her center-left Labour Party.
“New Zealand has become a more compassionate and humane society. Thousands of New Zealanders who might have suffered excruciating deaths will have choice, dignity, control, and autonomy over their own bodies, protected by the rule of law,” said the ACT political party, whose leader David Seymour sponsored the End of Life Choice Act.
The law contains several stipulations for those eligible to receive “assisted dying.”
The person must be a New Zealand citizen or permanent resident over the age of 18 with a terminal illness “likely to end the person’s life within 6 months”; is in an “advanced state of irreversible decline in physical capability”; and is experiencing “unbearable suffering that cannot be relieved in a manner that the person considers tolerable.”
They would have to be evaluated by multiple medical professionals, including one from a government-appointed medical practitioner.
Doctors and nurses are not allowed to start the conversation about assisted dying, and health practitioners are not obligated to assist people who wish to die if they have a conscientious objection.
Assisted suicide and euthanasia are only legal in a handful of countries and jurisdictions around the world, including Switzerland, the Netherlands, and Canada.