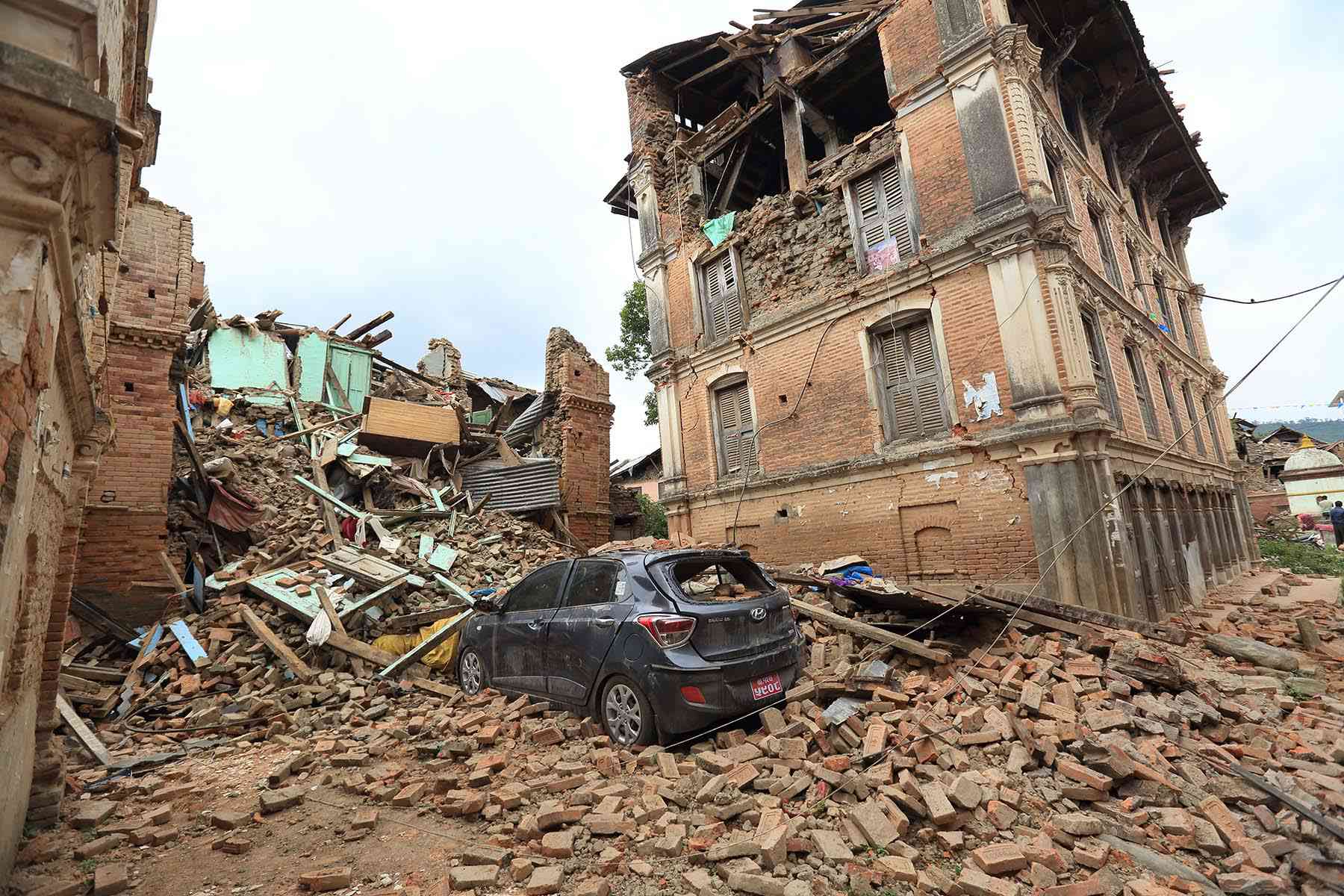 [dropcap type=”3″]W[/dropcap]here does one even start describing the scale of the devastation that has hit Nepal? It’s been five days as I write this, and every day brings out a tragedy on a magnitude that is simply beyond human to comprehend. Living outside Nepal, every bit of news is a pinprick that adds to the desperation, the compelling need to do something. But do what? Outside Nepal, where the quake can only be felt through words and pictures that are emerging from my country, it feels as if the world as one knew it has collapsed, just like the seven-storeyed house in one of Kathmandu’s new suburbs. Outside Nepal, memories have now altered, just like the architectural treasures that we have lost. Outside Nepal, guilt takes over, at not being there, on the ground: in city suburbs where narrow roads and traffic jams once made us say, ‘Naah, it’s too crowded to go’; in villages whose names had not even figured on our list of places to go, being so far away from the tourist trail.

Outside Nepal, we are torn asunder, blinking under the weight of tears that must be subsided because of the normality that reigns, wearing masks that pretend things must go on, and leaving behind an emptiness that refuses to leave.

Yet, hope emerges: a four-month-old baby that was rescued alive after twenty-two hours; a woman who was rendered immobile by a door that fell on her [and probably saved her], rescued after two days; an eleven-year-old girl saved after ninety hours; a couple who were on top of the Dharahara landmark that completely collapsed and came out alive; a policeman describing how his own home had been destroyed, but continued rescuing others; the multitude of young volunteers who have mobilized to deliver whatever little help they can; the thousands and thousands of folks abroad who have come together to raise funds; and a small boy in the US, selling lemonade to raise money for Nepal.

Hope, however, takes you only so far. From multiple sources, online and offline, we have heard and encountered firsthand the difficulty of sending relief material. Some say the Nepal government wants to disburse the aid that has come in only through official channels, which is not a bad thing by itself. Yet, from every affected village, the only constant has been that the government has not reached out to them. My aunt writes there is a severe paucity of tents, while friends in India tell me shipments of tents and tarpaulin material are ready to leave for Nepal. One is simply left astounded at the absence of a clear relief strategy by the government, even five days later. In today’s paper, the government has said it will deploy an all-party mechanism to oversee the disbursement of the aid it has received, but anyone familiar with Nepali politics will tell you all-party mechanisms suspiciously find a way to cultivate political patronage, and prefer favouritism. Already there are reports of ruling party members keeping aside Red Cross tents for personal use.

But the real story, however, is not of government malfeasance. The narrative that has emerged from the Nepal quake has been one of resilience, and trust. This is important because the decade-long civil war, the subsequent political wrangling over a still-non-existent constitution, and the fierce arguments over federalism had all engendered a feeling of mutual distrust. The response to the quake, on the other hand, has been unified: multiple volunteer groups have sprung up across the nation in its wake, and reached far-flung villages where government machinery was non-existent to begin with. There has been a constant stream of information that is finally emerging, and the good folks over at Kathmandu Living Labs have set up a centralized database [http://www.quakemap.org/] to list down locations where assistance is required. Social media has been excellent in updating information on a real-time basis, and people of all ages and across borders have come together to put out the information that volunteers or aid groups require.

Above all, the Nepali people have united. I saw a picture on Twitter earlier that showed a bus filled with aid carrying a banner, ‘Pahaadlai dukhda Madhes runcha (When the hills hurt, even the plains cry).’ This picture, symbolic as it may have been, turns the pahadi vs madhesi narrative that has been present in Nepali politics on its head. True, for every bus from the plains that comes with relief, there are ten more buses that have left the capital city. True, it would be futile to dwell on symbols in a time of great need. But this picture, to me, told a story of hope — hope beyond the immediate tragedy and for the future. Recovering from an earthquake of this magnitude requires years and years of commitment, and if we, as a people, can resolve to overcome political differences to unify in the face of greater tragedy, we will have grown as a nation.

Amish Raj Mulmi is a Nepali writer based in New Delhi.