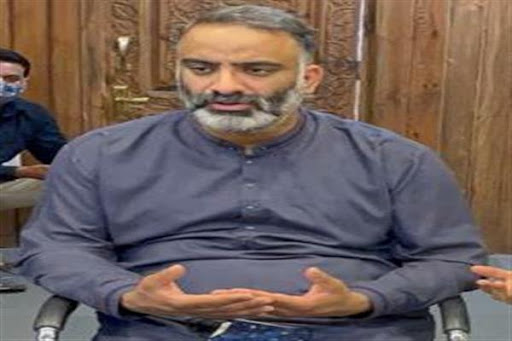 Srinagar: Jammu and Kashmir National Conference Youth President Salman Sagar along with the other youth functionaries today joined the protest at press enclave Srinagar which is being held by two families of the civilians who were killed in “Hyderpora gunfight” on Monday.

Talking to media during the protest Salman demanded to return the dead bodies of Altaf Bhat and Mudasir Gul to their families for their last rites.

He said that a dignified burial is the right of every person so the authorities without any delay should return the dead bodies of the two civilians to their families. (KNS)