NC will go to any extent to bring back Article 370: Akbar Lone 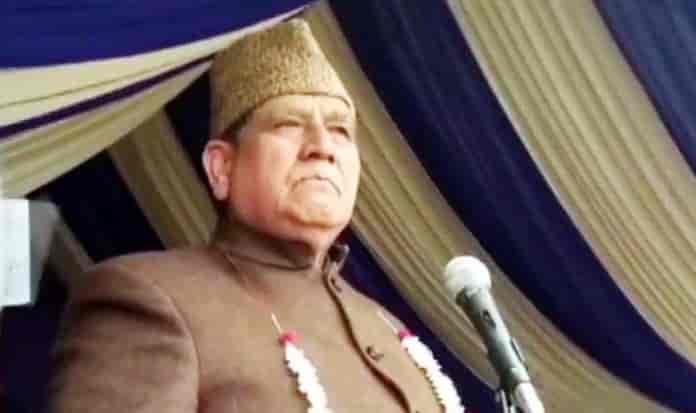 Senior National Conference leader and incumbent Member Parliament (MP) Muhammad Akbar Lone on Monday said that they would go to any extent to bring back Article 370 in Jammu and Kashmir.

Lone, who is also National Conference senior leader and former legislator from Sonawari constituency of Bandipora, said that if they come to power they would go to any extent to restore Article 370.

Speaking to media persons on the side-lines of a party function in Sonawari, Lone told reporters that they will not they will not hold back until they bring back Article 370 as this is “our identity”.

Lashing out at Jammu and Kashmir Apni Party founder, Muhammad Altaf Bukhari for his recent remarks about PAGD, he said that Altaf Bukhari is “an opportunist and he has no religion.”

“Bukhari is an opportunist politician and he has no religion. He keeps changing parties and he will go to any party to satisfy his greed. His words and statements doesn’t matter for us,” he said.

Previous articleNIA questions PDP leader in Delhi in suspended DySP case
Next article“Solution of Kashmir issue lies with India, everything else is a lie”: Altaf Bukhari