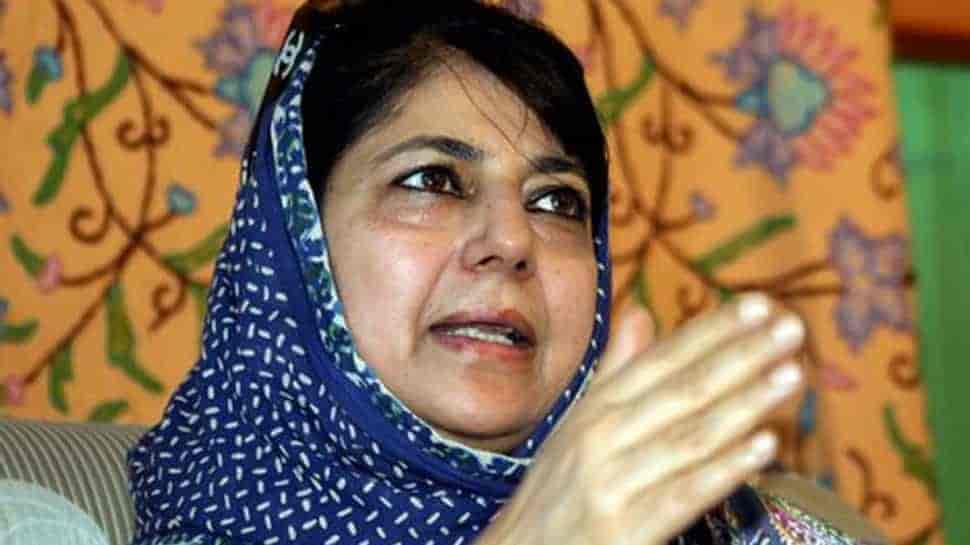 Attacking the Centre, former Jammu and Kashmir Chief Minister Mehbooba Mufti today warned that any attempt to break her party People’s Democratic Party (PDP) will lead to serious consequences, even rise in militancy.

Speaking to reporters, Mufti said, ‘”If Delhi, tries to dismiss the voting rights of people like 1987, if it tries to create divisions and interfere like that then I think just like a Salahuddin and a Yasin Malik were born in 1987…if it tries to break PDP like that then outcomes will be dangerous.”

On 19 June, the BJP walked out of a three-year alliance with the PDP, putting the state under governor’s rule.

If Delhi, tries to dismiss the voting rights of people like 1987, if it tries to create divisions & interfere like that then I think just like a Salahuddin and a Yasin Malik were born in 1987…if it tries to break PDP like that then outcomes will be dangerous:Mehbooba Mufti, J&K pic.twitter.com/vxmtVmFWqf

But with the speculations over BJP trying to cobble a new coalition government, in the last few weeks, some PDP leaders and elected legislators have already rebelled against the party, including direct attacks at Mufti for promoting dynastic politics.

Reacting to Mutif’s statement, former Chief Minister Omar Abdullah took to Twitter saying no one will “mourn its demise.”

She must really be desperate if she is threatening the centre with renewed militancy if PDP breaks up. She seems to have forgotten that militancy in Kashmir has already been reborn under her most able administration. https://t.co/aEmQXe0YaL

Abdullah further added, “Let me put this out here for all to remember NOT ONE NEW MILITANT WILL BE CREATED WITH THE BREAK UP OF THE PDP. People will not mourn the demise of a party created in Delhi only to divide the votes of Kashmiris.”