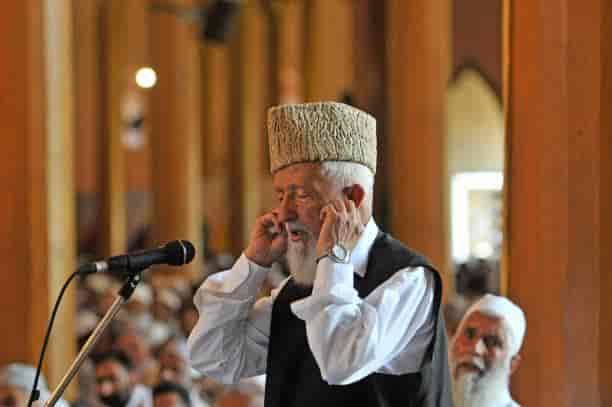 Moulvi Yasin Shah, the Mu’azzin of Srinagar’s Jamia Masjid, passed away on Friday after a brief illness. He was 80.

In a statement, the Anjuman Auqaf Jamia Masjid spokesperson said that Chairman Mirwaiz Umar Farooq could not lead the Namaaz-e-Janaazah due to his continuous house arrest since August 2019.

“Mirwaiz expressed deep grief and termed it a big loss for the people of Srinagar especially for those having association and devotion with Jama Masjid,” the statement said.

Anjuman Auqaf Jamia Masjid also expressed deep grief and sorrow over his demise and called it a big loss for the religious fraternity of Kashmir. (KNT)