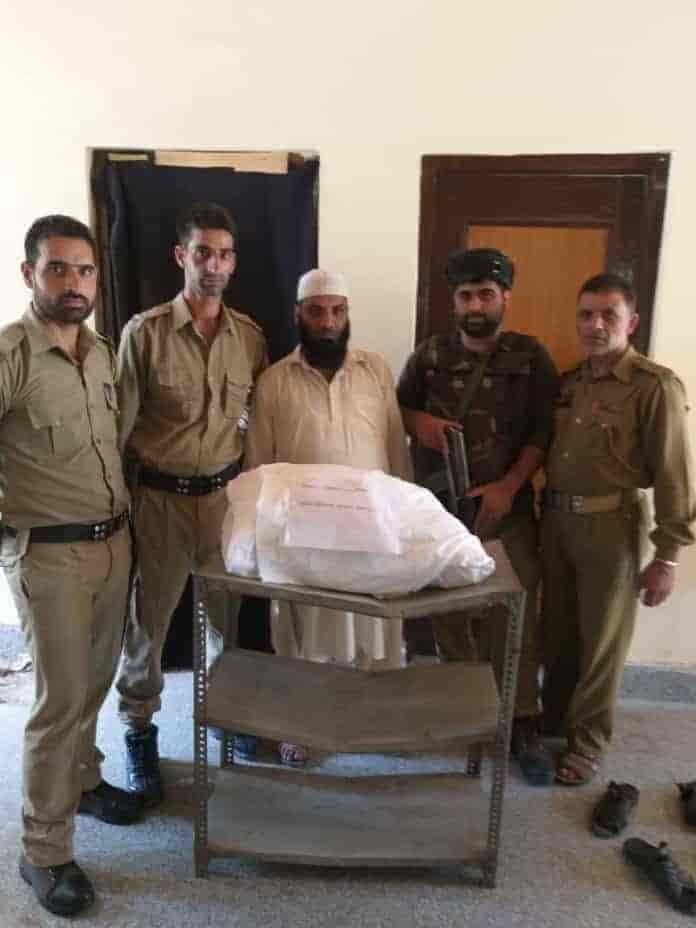 Police on Friday claimed to have arrested a mosque Imam , and recovered contraband substance from his possession.

In a statement issued here, the police spokesman said that police arrested a drug peddler identified as Mushtaq Ahmed Mia son of Late Gh Hassan Mia resident of Pattan with consignment of fukki. Adding that the accused leads prayers in a local mosque.

“During investigation, it was revealed that the accused is main culprit for supplying fukki along National Highway to the local youth,” he said.

In this regard, a case FIR number 168/2018 under section 8/22 NDPS was registered against him and investigation has been taken up.

“The locals of the area have highly appreciated this action of plice against drug peddlers and have assured full support in eradicating the drug menace.” He added.