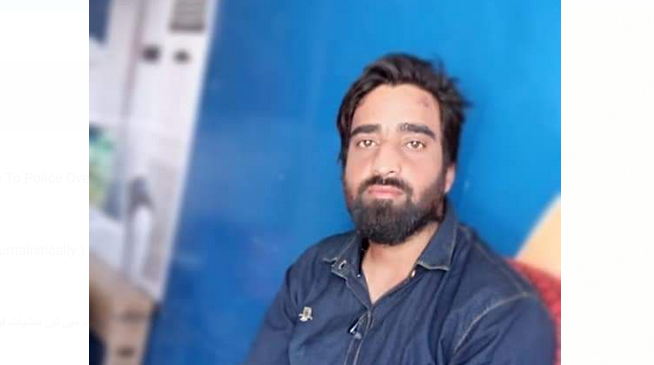 Srinagar: Militants on Thursday evening offered gun salute to Arif Sofi, who died at a hospital after being abducted and tortured by unknown gunmen on Wednesday in south Kashmir’s Kulgam district.

Locals said that militants offered gun salute to Arif after he was laid to rest in his village graveyard in Khudwani area in Kulgam, putting to rest the accusations that he was killed by militants.

The less than a minute video of the act has gone viral on social media. In the video which is  shot in the dark, militants can be seen offering gun salute and raising slogans like ” Zinda hai Arif Zinda hai(Arif is Alive indeed)”

The gunmen after torturing released both the persons, locals said, adding that Arif Sofi suffered multiple injuries during the torture and was taken to a nearby hospital where from he was referred to SMHS hospital Srinagar in critical conditions.

After battling for life for several hours, Arif succumbed to injuries late night on Wednesday. Today, suspecting that militants may had killed Arif, his father had asked suspected militants to give him proof that his son was an ‘informer’ and aided army in killing militants.

“If my son has been killed by militants, I want to ask them to provide me proof that my son Arif was an Army Informer. I will not repent over the death of my son if militants will come up with sound proof,” Sofi said.

He had added that his son was “ardent supporter of militants and ongoing movement.” Appealing to people to ask militants to come up with proof, he said they should clarify on which basis his son was killed.

However, no militant outfit had claimed the responsibility of the incident.