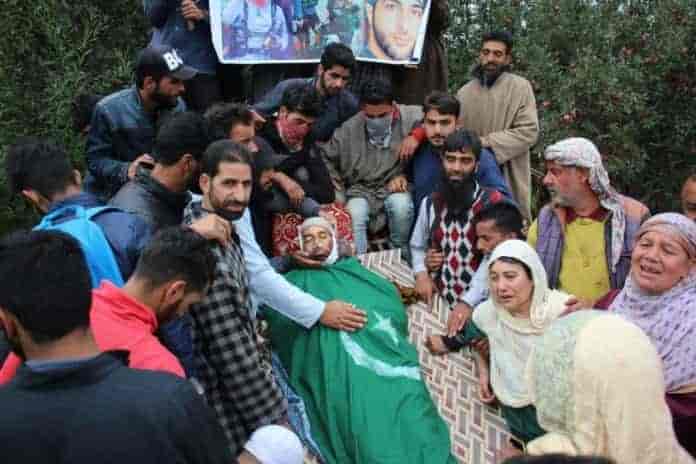 Militants on Thursday offered gun salute to a Hurriyat activist who was shot dead by unknown gunmen this afternoon in Meminder village of south Kashmir’s Shopian district.

Reports said that a group of seven  militants,  appeared in Meminder village and fired several shots in air  when funeral prayers of slain Hurriyat activist Tariq Ahmad Ganie were being offered.

Later the militants left the spot .