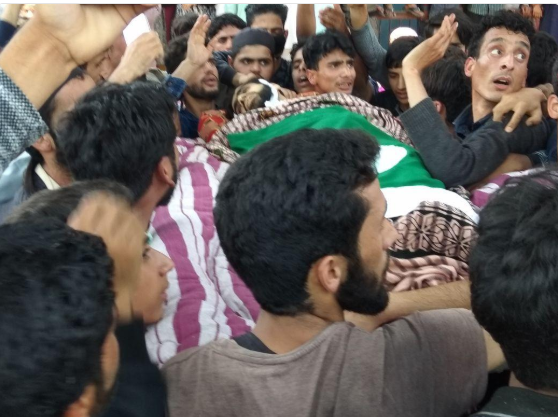 Earlier in the day, government forces shot dead 3 civilians during a protest in the Redwani area of Kulgam. Civilians have been identified as Shakir Ahmed Khanday, Irshad Majeed (20) and a girl Andleeb (16), hospital sources told a news agency.

According to an eyewitness, militants appeared in a group of five to seven in Redwani and offered multiple gun salutes in the air to the civilians.