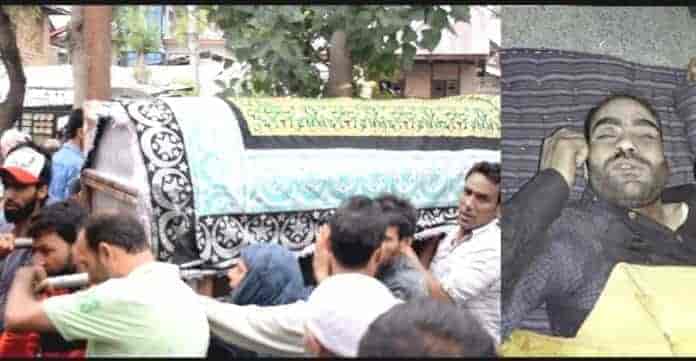 A police spokesman said that suspected militants  barged inside the house of Gulzar Ahmad Bhat son of Ab. Gani Bhat resident of Murran Pulwama and abducted him.

“Later, police recovered the bullet riddled dead body of Gulzar from the nearby fields of Murran Pulwama,” he said.

Adding that police has registered a case and initiated investigation.

“Initial investigation in the matter suggests that in this incident Zahoor Thokar & Showkat Dar led group of proscribed militant outfit Hizbul Mujahidin are involved in this killing,” the policeman spokesman said.

Meanwhile thousands attended the funeral of the slain Gulzar Ahmad.