Militant killed in Pulwama had MBA, own business, before picking gun 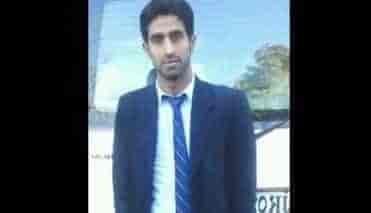 A post-graduate in business administration and former businessman was the militant killed on Friday morning in a brief gunfight in South Kashmir’s Pulwama district.

The gunfight had raged between the government forces and militants in Renzipora area of Pulwama at morning, leading to killing of the militant.

He was later identified as Ishfaq Ahmad Wani son of late Mohammad Yousuf Wani, resident of Koil village of Pulwama, who had joined militancy in last July.

As per a report in The Kashmiriyat, Ishfaq’s father was a popular militant commander from Pulwama, who was killed on 31 August 1996.

Ishfaq had finished Masters in Business Administration (MBA) after which he started his fruit business before quitting to pick gun.

In July, when Ishfaq had left home his family had tried to call him several times but his phone was continuously switched off. “Later, the family contacted their relatives, his friends but they were unable to trace him until 28 July, when his gun wielding photograph appeared on the social media,” the report added.

“We lodged a missing report at concerned Police station and we were hopeful of his return,” a family member said.

Ishfaq was a meritorious student, who received early education from Alamdar Public school at Koil, then completed bachelors in science from Government Degree College Pulwama.

His last degree was Masters in Business administration in 2015, after which he got a job at ICICI Bank. Serving at the bank for one year, Ishfaq quit to start his own business of fruits.

“The whole village is in shock and everyone wanted him to come back, the news of his killing has shook the whole area,” said one of his friends. “His last Facebook posts were only in praise of jihad.”

The last Facebook post by Ishfaq was: “those who fight in jihad have the right to the spoils of the conquered or Paradise if he dies.”

It is the second tragedy that has hit Wani family as Ishfaq’s father was also a militant commander, Mohammad Yousuf Wani, who was killed along with his two associates at Pingelan area of Pulwama district on 31 August 1996.

Ishfaq is survived by his mother, step father (uncle), three brothers and one sister. Among three brothers elder one namely Aijaz Ahmad is married and is working in police department.