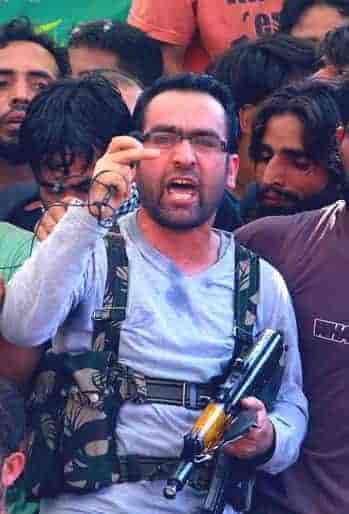 Reports said a hideout located in Badriwan forest area of Awantipora was busted by the forces today morning after a CASO was launched.

Adding that the area is close to Beighpora, which is the native village of top Hizb commander Riyaz Naikoo.

Earlier ,on Wednesday morning, forces including  RR of Indian Army, CRPF and Jammu Kashmir police sealed all the entry and exit points to Awantipora area and extended the cordon and search operation to Dogripora, Wakherwan and Douhwat villages of Awantipora.

Last week, six militants were shot dead by the forces in their hideout in  Arampora area of Tral.