Militancy has given nothing to Kashmir, appeal youth to shun path of violence: Lt Gen Raju 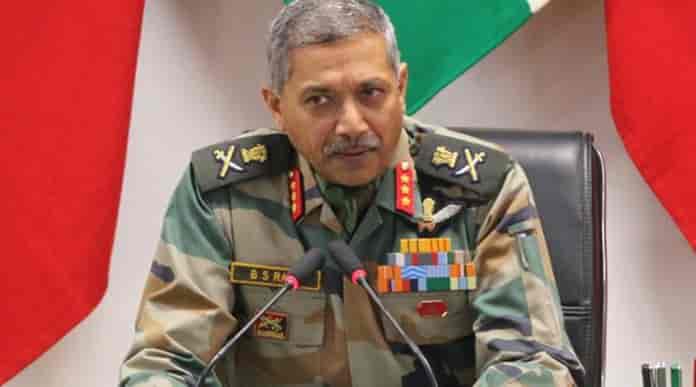 Srinagar: Stating that it will go tough against the gun-wielding youth in Kashmir but will facilitate the return of those who want to shun militancy, the army Monday said that “there is a beautiful environment prevailing in the Valley at present Kashmir is on the right track.”

Talking to reporters on the sidelines of Yusmarg festival in Central Kashmir’s Budgam district, General officer Commanding (GoC) of Srinagar based army’s 15 Corps Lieutenant General B S Raju said that whosoever is holding guns in his hands will face tough action from the army. “However, those willing to return by shunning the path of violence, are welcome. We will facilitate their return.

“I appeal to the youth ready to quit militancy to return as environment is feasible to start a new and peaceful life,” he said as per news agency—Kashmir News Observer (KNO). “Militancy has given nothing to Kashmir.”

On the overall situation in Kashmir, the top army officer said there is an environment of peace prevailing in the region. “I think we are on the right track,” he said. “There is a beautiful environment in Kashmir valley.”

About the situation on LoC, the GoC Raju said that this year, the army has been able to plug the infiltration to a large extent. “Ahead of snowfall and winter, the attempts may increase, but our men are maintaining a tight vigil to foil all bids,” he said.

About the Yusmarg festival, the GoC said that the army organizes a youth festival every year. “Today, the participation of people is more compared to previous years.

Today, I could see doctors, and some NGOs too participating while youth are showcasing their talent. There is a drug-de-addiction camp also today where youth would get medicine and free counselling,” he said—(KNO)

Previous articleImran Khan lashes out at President Macron, asks Facebook to enforce ban on Islamophobia
Next articlePodcast | How dilution of laws impact Jammu and Kashmir?