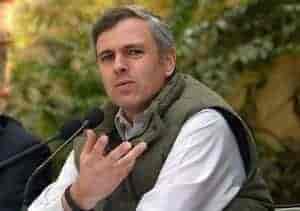 Former Chief Minister Omar Abdullah says the BJP is responsible as much as the PDP is because they were together in this coalition government.

He was speaking after meeting the Governor N. N. Vohra in wake of the BJP pulling out of the coalition government with the PDP earlier this afternoon.

“The timing has taken by surprise,” Abdullah told reporters. “I was expecting this coalition to fall apart but later this year. Not so soon. But clearly we have seen very deterioration in the state and that is perhaps the reason. I don’t want to speculate what was the reason.”

He also added that the NC was caught by surprise. “So were they (PDP)…the least that BJP could have done is that taken PDP in confidence,” he said.

Being asked about the celebration regarding the ‘break-up’ of the PDP-BJP alliance, Abdullah said, “We are not at all celebrating. No responsible political party could be happy with the governor’s rule. We are mourning the demise of democracy.”

Abdullah also said that the atmosphere should be created conducive for the elections.

“If after everything that has happened in last one and half months you think the situation is not dire, then I don’t think what is a dire situation. This is no secret we have seen an increase in violence, but if this is there reason to pull out then they are as much responsible as PDP is,” said Abdullah.

He also said that he can’t speculate what happened for the falling off the government. “I wish Mehbooba Mufti would have chosen to go rather than being shunted out like this. They slipped off the carpet below her chair.”