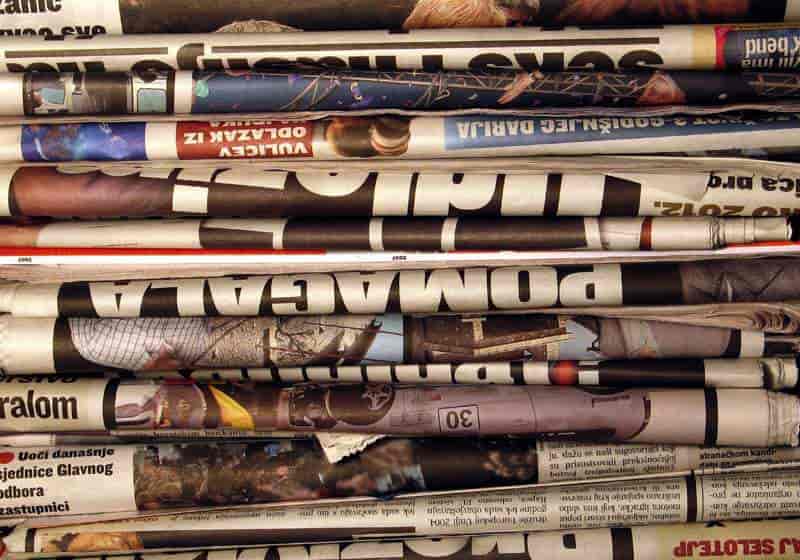 Imagine a modern retelling of George Orwell’s 1984: the protagonist, Winston Smith, writes codes offline, as his internet service provider has installed “packet sniffers”, as regulated by the government under the Patriot Act. Television gets him in a frenzy by exaggerating stereotypes of racial and religious minorities, homosexuals, and everyone else. Big Brother, the Two Minutes Hate, the Thought Police, Doublethink, and the ingratiating yet deceiving smiles of people around him erode each speck of Smith’s reality. Everything turns out to be a mere fabrication.

I liked 1984 even better after a third reading. The question I kept asking myself was: are we too living in a kind of Oceania? Is our reality being distorted by large media houses around the globe? Has there been a profound paradigm shift as a result?

The media, by its nature, thrives on drama, real or imagined. Man bites dog: that’s the standard for media. It feeds off of a political style that frames every action as urgent because of some crisis. There are as many ice cream flavours as the number of tongues, and what media does best is serve flavours. It doesn’t matter what kind of picture they present us. As long as we like it, it will go on.

To limit the effects of a crisis, correct and objective information is vital in assessing the situation and taking measures to amend it. That’s where the role of the media comes in: to speak the truth and give it space. Mass media has critical responsibilities in the functioning of a democracy, but does it fulfil them? You’ll see below why my answer is a no.

How many times have we heard of large businessmen approaching media houses and offering them stakes in their companies in return for advertising space and favourable editorial coverage? A thousand times, maybe. Sushma Swaraj, the parliamentary leader of the BJP said that she was offered favourable media coverage during national elections in 2009 in exchange for ten million rupees. A corrupt media only encourages more corruption.

The media of today has fostered outrageous political theatre. In almost every democratic country in the world, the media has expanded its coverage of elections, not as a resource for the electorate to consult in choosing candidates, but as a method of seizing power. The mass media legitimizes questionable political groups and hides the truths that compromise them, as long as these groups can captivate the viewers. The desire for more media coverage creates false, sellable political personas, destroying the real personalities of electoral candidates. This political show alienates the electorate, as it creates the feeling that the mass media has more control over politicians than the people who elect them.

These self-deemed “reputable” news organizations cannot tell the difference between a real soldier and a toy doll, commercial pornography and soldiers committing rape, a fired and an unfired rifle round, or footage of the North Pole and a clip from the movie Titanic! It makes me wonder if they hire rigged cars and trucks loaded with explosives to make it look dangerous on TV. Burning an extra tire will also do, I think.

It seems to me this fabrication and embellishment of danger perpetuates the notion of universal victimhood, which moves away from the idea of human beings as capable and independent, toward that of human beings as perpetual victims in need of support. And nothing legitimizes a special interest group like being a victim of a super storm, or global warming, racial bias, or gender discrimination. The commercialization of Indian media takes many forms. Many of India’s leading media conglomerates, including Bennett, Coleman & Co, the publisher of Times of India and The Economic Times, offer what the company calls “innovative” and “integrated” marketing, which blurs the line between advertising and content by allowing companies to place ads in their papers or on their websites without clearly marking them as advertising.

This, like in Orwell’s novel, is another example of conflating reality and what those in power would like to impose on us as reality. By infusing the news with advertisements, media outlets can become a soupy amalgam of fact and fiction. In integrated marketing, even the truth is corrupted by capital. Because the media outlets need ratings every single day, their version of the town crier will sound exactly as shrill about tomorrow’s everyday crisis as they sounded about today’s or yesterday’s. This brand of irresponsible, money-based journalism distorts reality and creates a weak foundation on which to build a democracy. Based on faulty and exaggerated news, public opinion shifts. This affects elections and determines the nature of governance, which in turn can determine the nature of our lives.

Perhaps what we need most now are some more brilliant and honest journalists like Robert Fisk.

CPJ calls on authorities to drop charges against Kashmiri journalist

In Kashmir, journalists under shadow of gun, harassment and intimidation