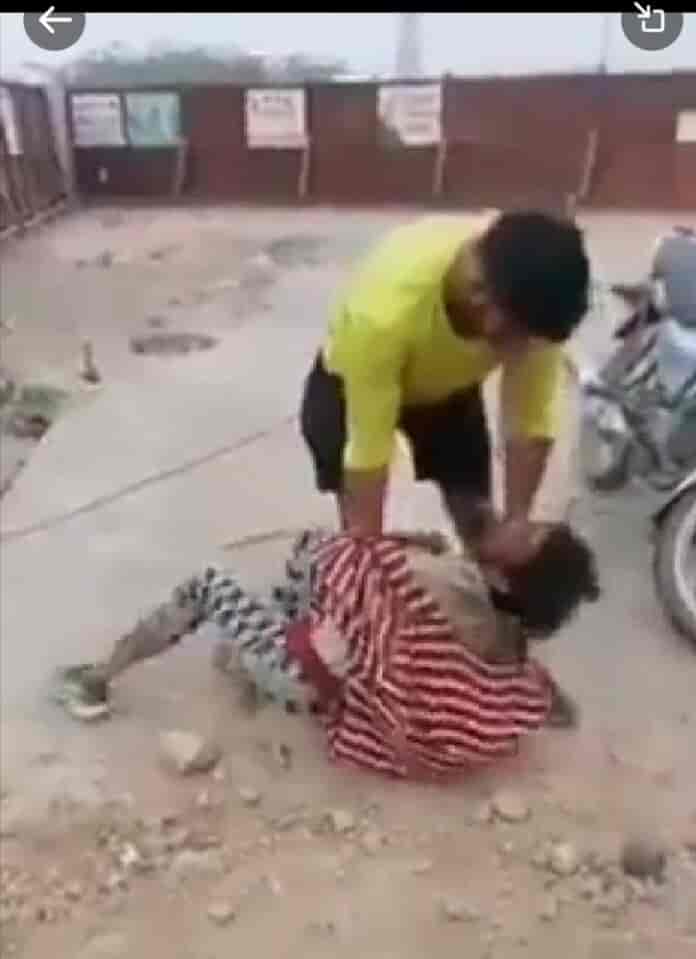 A man in Delhi was thrashed and forced to chant Pakistan Murdabad (down with Pakistan)” by another man.

A video of act was viral on social media. It shows a man being thrashed by another man as he is forced to chant anti-Pakistan slogans.

Meanwhile according to a report by NDTV police has arrested the accused and an FIR (filed a first information report) has been filed in the case.

The disturbing clip shows the accused, Ajay Goswami, thrashing the other man. He pins him down to the ground and tells him -“Zor se bol (say loudly). Hindustan Zindabad (Long live India). Pakistan Murdabad.” As the man being beaten up holds Goswami’s feet, he shouts angrily: “Leave my feet”. Voices of other men, probably recording the video in northeast Delhi’s Khajuri Khas locality, can be heard as they curse this man being roughed up. They tell him to chant: “Asaduddin Owaisi Murdabad“. Owaisi is a Lok Sabha MP and president of the All India Majlis-e-Ittehadul Muslimeen.

Impunity for Kapil Mishra breeds impunity for this man, which leads to this sort of everyday attack: https://t.co/t1849tvCfY

In a tweet, Deputy Commissioner of Police (northeast) Sanjay Kumar Sain: “A video of Khajoori Khas incident is in circulation on social media. Cognizance of the incident has been taken and a criminal case has been registered. The accused has been arrested and investigation of the case is in progress. @CPDelhi @cp_delhi (sic).”