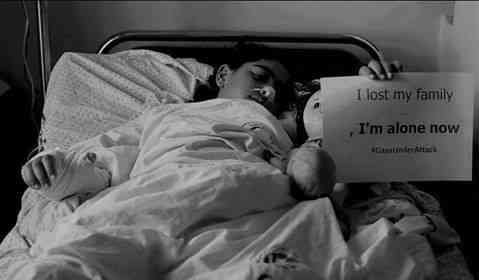 During the Holiest month of the Islamic calendar “Ramadan” the Israeli Government has continued its military attacks on the people of Palestine. Ramadan is the month of peace, reflection and giving for people of Muslim faith, yet the Palestinians have not experienced peace since the Military strikes began 3 days into the first week of fasting for Ramadan.  More than 1200 Palestinian’s have lost their lives, most of the casualties’ civilians consisting of the elderly, women and children.

The month of reflection and peace has been a nightmare for Palestinians, as they choke on the phosphorous bombs Israel drops on them by their air force. Hospitals, UN shelters, schools, Mosques, radio / TV / power stations, schools, civilian areas are all targeted indiscriminately by the Israelis.

If you asked a 6 year old child in Gaza “Oh baby how old are you” The child will answer “three wars full of killing and watching people die in the streets, as I walk down the streets I must jump over the dead to cross to the other side, that’s my age” A six year old has seen three deadly wars waged against his people, his family, his community, his land. All while Israel says they are targeting Terrorism, yet the killing of children, women, and elderly seems to be the main target.

They have purposely bomb and demolish houses while people hid within its walls, they bomb mosques as people are praying.

For us the third war in Gaza we are now in emotionally difficult situation, the trauma overwhelming, and all of our senses are now numb. There is a point when you want to just give up on everything and you have reached your limits, you no longer care to live or die. Then are moments when you get the energy to want to live to survive and to achieve your alms.

For us it is unimaginable that you could reach 21 years of age and not experience war, how strange. In Gaza we are veterans of war by the age of 21.

We have become actors, how strange we live a life of actors, and we act to show no fear as our hearts beat furiously, we listen to bombs raining down on us in the dark of the night. Parents are the real veteran’s actors for they have experienced so many wars, they try to elude an air of normality and as we are under bombardment they cover the ears of the children so that at night they might sleep, get some peace.

I am telling this story of us to the world, not in the comfort of my house, my room, my bed or my desk no that’s just not safe enough, we are hiding in my sister’s home, and even here right now you see shells raining down on us. We leave our homes in urgency to find places that we assume might be safer, yet we are exposed for nothing guarantees safety, we are just evading, delaying inevitable death and as we do this we are also actors hiding fear, its an elusion.

As you leave behind your home, you mind wonders about the daily things, who will water my garden, who will feed my birds, who will sun and air out the house

And then its dawns on you, its only you.

All we want is Peace, security, and dignity, we miss the opportunity to smile, to laugh, to be at ease and have no fear. We want to live in our homes, sleep in our beds and live a life of dignity without war or bombings. We would love for our children to play freely, to sleep at peace, and we want a life for them that does not entail blocking their ears with our hands so they do not hear the sounds of bombardments. We want to LIVE.