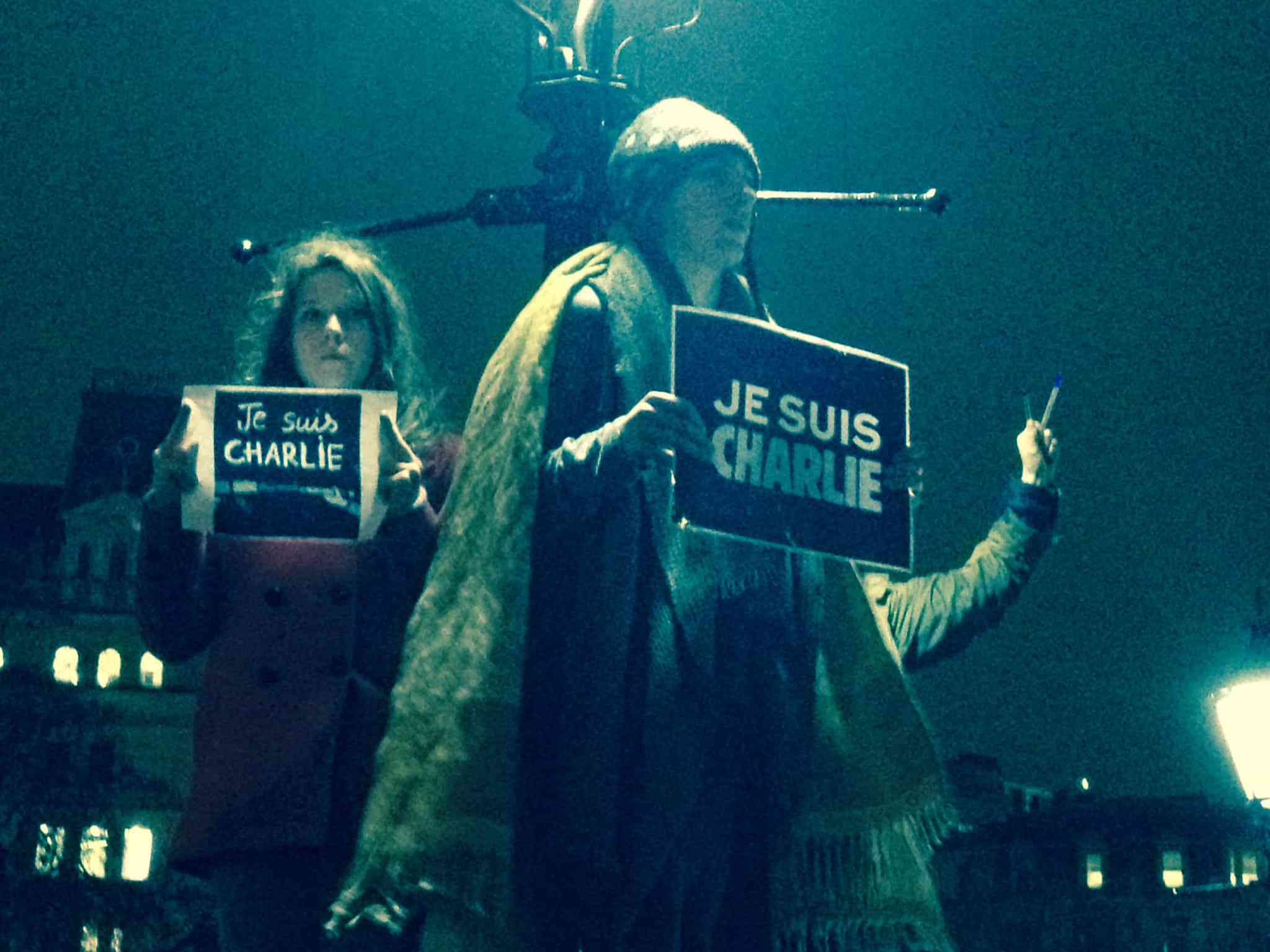 Hundreds of people held a vigil at Trafalgar Square in London last evening to remember those killed and injured in the attack at the Charlie Hebdo offices in Paris earlier yesterday.

Some stood silence, others cried, but all were united in their condemnation and sense of outrage following the assault by gunmen carrying Kalashnikov rifles on the French satirical magazine’s offices.

There was a large French contingent among the crowd. Anne Sophie, a 29-year-old designer living in London, told The Kashmir Walla, “I’m here tonight to support all the people who are feeling the same as me. I’m feeling so bad. I can’t imagine something so unbelievable. It is very important tonight to be here to support everybody who believes in democracy, and to support as well people who are in France.”

Her friend, Iris Lebrun, a journalist, said, “I was at work when I heard the news and was really shocked and wanted to do something. I thought it could have been one of my colleagues. Journalists are needed because they are there fighting for everybody, for democracy. It is so unfair.”

At the time of writing the death toll from this morning’s attack included 10 journalists and two gendarmes. Five of those murdered have so far been named.

They are the magazine’s editor and cartoonist, Stéphane Charbonnier, known as Charb; Bernard Maris, an economist and writer on the board of Charlie Hebdo; and three more cartoonists: Jean Cabu, Georges Wolinski and Bernard Verlhac, known as Tignous, according to the Guardian.

The gunmen, according to reports shouted, “We have avenged the Prophet Muhammad. We have killed Charlie Hebdo!”

Numbering three in total, they remain at large after the attack and a huge manhunt is now underway.

Charlie Hedbo’s offices had been targeted before in a firebombing following the publication of a cartoon mocking the Prophet Mohammed in 2011.

World leaders have issued statements condemning the violence and UK Prime Minister David Cameron began his weekly Prime Minister’s Questions with a tribute all those affected by today’s terrorist attack.

French President Francois Hollande has declared Thursday a day of national mourning as tributes to the dead and injured continued to pour in. He also raised the terrorist threat level across the country.

Meanwhile, in Paris more than 100,000 people gathered gathered in a show of strength as the country reeled from the worst terrorist attack on its territory for decades.