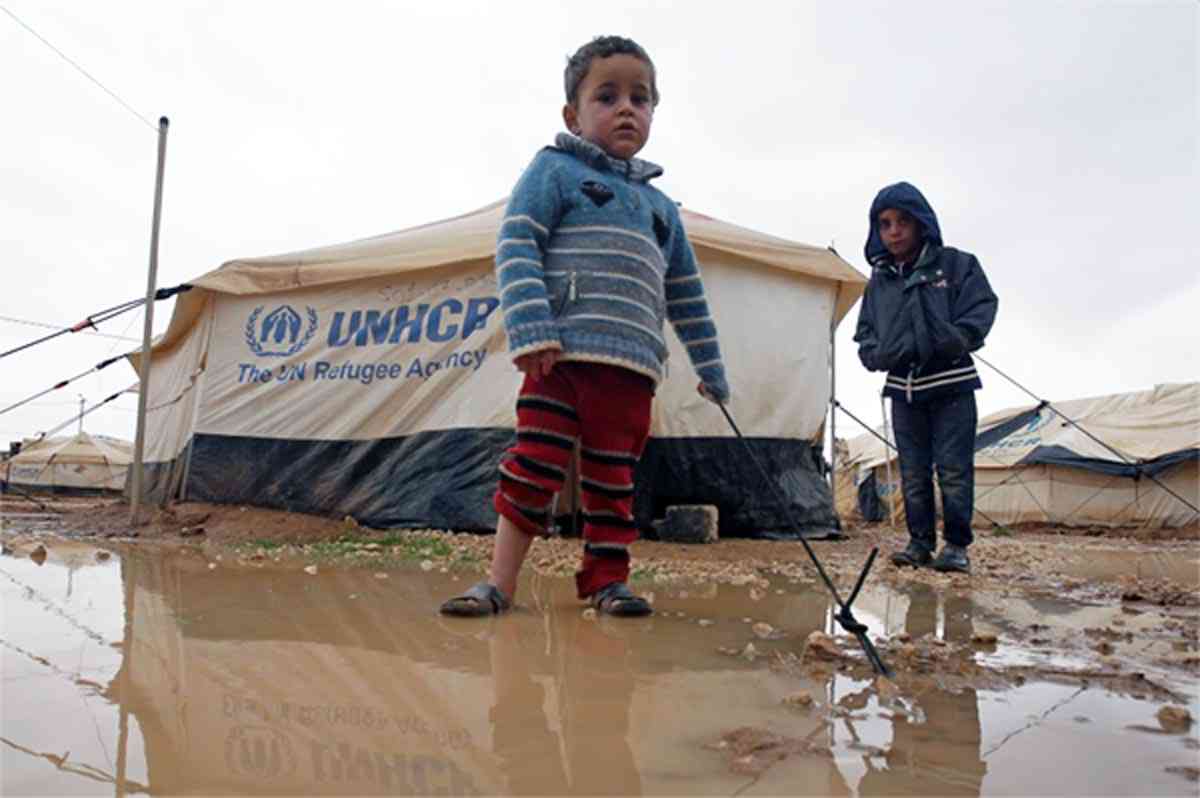 While children play in the capital’s trendy al-Hamra district, seemingly oblivious to their disheveled clothing and displaced existence, their mothers, sick with worry about the origin of their next meal, keep a sombre vigil.

They are among the four million refugees fleeing the conflict in neighboring Syria, according to the latest UN figures. Destitute Syrians dot downtown Beirut, desperately trying to coax coins from passing tourists. Locals are rarely forthcoming – the complexities of Lebanon’s war-torn past has long removed any semblance of sympathy that might prevail.

Syrian troops left Lebanon ten years ago. Bullet holes still pock-mark the buildings and walls of Beirut’s streets. In the city centre, the Holiday Inn still stands sieve-like against the skyline, perforated by rounds from heavy machine guns, shells and rockets used during the civil war that raged from 1975-1990. These days, the hotel’s carcass is ringed by Lebanese Armed Forces sentries who usher on passers-by, reminding them photos are prohibited – all the better to spare the blushes of the Armoured Personnel Carriers lined up in rows beneath the bombed out ruins. The hotel overlooks both Beirut’s Corniche and the city’s garish centre, bristling with high-end shopfronts that seemingly display misplaced bravado rather than defiance, masking an insecurity that stalks the country.

Those lucky enough to escape from the four-year-old war next door in Syria now represent more than one fifth of Lebanon’s population, which has swelled from four to six million. Once the presence of half a million Palestinians is counted, refugees now number one third of the country’s population – a demographic game-changer, and a ready-made recipe for unrest.

Resilience is the adjective oft-used by those who wish to portray the country in a positive light. Lebanon lies sandwiched against the azure Mediterranean Sea, with a hostile Israel to the South and a splintered Syria to its North and East. But worryingly, as the latest International Crisis Group (ICG) report makes clear, ‘today’s dynamics bear an uncanny similarity to those that preceded the civil war’.

One of the country’s most vocal advocates, Tom Fletcher, the now former UK Ambassador to the Lebanese Republic, recognizes the precariousness of this position. “Palestinians displaced by Israel, Syrians fleeing the barrel bombs of Assad and box office barbarism of ISIL have all contributed to Lebanon struggling with the highest refugee population per capita anywhere in the world,” he told The Kashmir Walla, as he was preparing to leave the country after four years.

Like others, Mr. Fletcher has persistently warned of the dangers of the status quo. Political paralysis – Lebanon remains without a President – means that the country struggles with a refugee crisis that worsens by the day without the means to advocate for itself on the world stage. The recent rubbish protests are merely a symptom of a wider malaise. The state barely functions, and where it does, corruption reigns. Beirutis get by on a combustible – and potentially unsustainable – mixture of contempt for the previous war and fear of what might happen in the next. Old faultlines between Muslims and Christians are being supplanted by new ones as the spillover from Syria continues, fostering further tensions between Sunnis, Shiites and Alawites.

The political, economic and social situation deteriorates, as Crisis Group explains: “Alongside Sunni jihadis, Syrian refugees frequently take the blame for everything wrong within Lebanon, from economic hardship to failing basic services and growing insecurity – a trump card the political class plays at every opportunity instead of agreeing on a policy to address the challenge.”

Meanwhile, Palestinian refugees in the country remain beset by international apathy and intransigence. The United Nations Relief Works Agency, (UNRWA), which provides assistance to Palestinian refugees expelled from their lands by Israel, faces a funding shortfall in excess of $100m. In Lebanon this means Palestine refugees from Syria are no longer receiving housing assistance, UNRWA’s Commissioner General confirmed earlier this summer. Now international staff are being laid off as part of the agency’s efforts to conserve cash, though some observers waspishly comment this is long overdue. By mid-August the shortfall could mean a delay in the school year for half a million students attending some 700 schools and vocational training centres across the Middle East.

“The huge numbers of Syrians in Lebanon pose the greatest security threat to the country. They bring with them all the traumas and rifts that has beset Lebanon’s neighbour”, Chris Doyle, Director of The Council for Arab-British Understanding, told The Kashmir Walla. Worryingly, he added: “As hospitable as Lebanon has been, this is too great a burden.”

As the political intransigence wears on, Lebanon’s internal divides deepens with the largely Shiite March 8 Alliance, comprising Syrian regime supporting Hezbollah and others pitted against their rivals in the March 14 Alliance, led by Saaad Hariri, the assassinated Rafic’s son, which also counts Christians among its majority Sunni membership.

Elsewhere the region has grown increasingly unstable as Western politicians and their counterparts in the Gulf states dither and delay in deciding whether to confront IS forces in anything approaching a structured and meaningful way. As July drew to a close Turkey began bombing both Islamic State positions, as well camps run by the pro- independent Kurdistan Workers’ Party (PKK), a proscribed organisation that has been fighting Islamic State with the support of American airpower. In exchange for using Incirlik airbase from which to launch attacks against IS, America has seemingly given Turkey’s authoritarian President Recep Tayyip Erdogan with a free pass to go after the same Kurds their planes had previously supported. The latest AFP despatch reported Turkish military jets hitting no fewer than 17 PKK targets following deadly bombings across the country attributed to the group by the authorities.

As these events indicate, choosing to unilaterally end his country’s two year ceasefire could yet prove costly for Turkey. Indeed, by choosing finally to enter the fight against ISIS Erdogan has merely added further fuel to the fire rampaging across the Middle East, creating tensions that will help no-one.