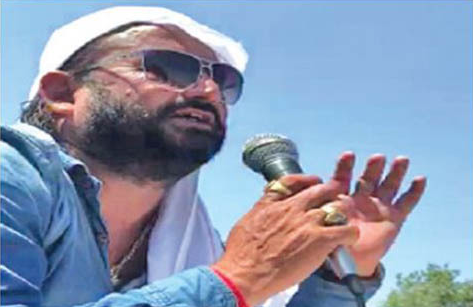 Talking to new agency KNS, the Director General of Police S P Vaid said that “a team of J&K police had went to Udaipur Rajasthan after receiving inputs about the whereabouts of Chowdhary Rajinder Singh and arrested him from Udaipur Rajasthan.”

A video had gone viral in which Chowdhary Rajender Singh the brother of BJP leader and former minister Chowdhary Lal Singh was seen using shameful and vulgar language against the chief minister Mehbooba Mufti during the protest in support of Kathua rape accused last month in Jammu.

With this the police has achieved a major breakthrough in apprehending Chowdhary Rajinder Singh.