Lal Singh snubbed, not invited to share stage with Rahul Gandhi in Jammu 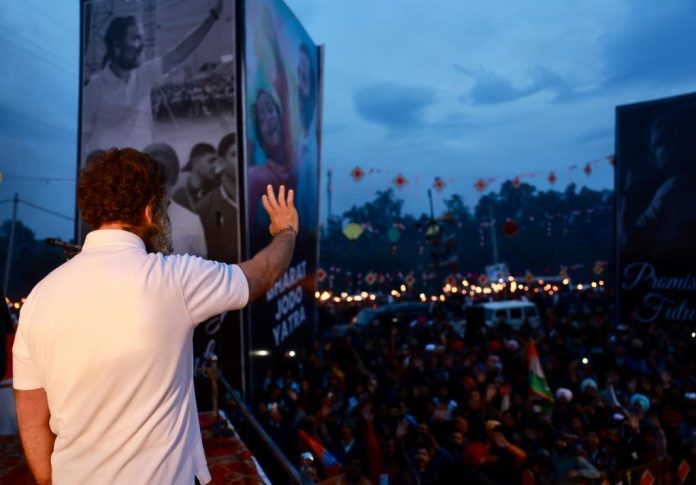 Amid controversy over his support to the accused rapists of an eight-year-old Kathua girl in 2018, former minister and founder of Dogra Swabhiman Sangathan (DSS) Choudhary Lal Singh faced embarrassment on Thursday as he was not seated on the stage with Rahul Gandhi at Lakhanpur, where a rally was organized to welcome Bharat Jodo Yatra in Jammu and Kashmir.

Lal Singh, who reached the venue with around 500-600 supporters, didn’t join Rahul Gandhi and others on the stage.

Angry Lal Singh told reporters that Kashmiri politicians don’t like the rise of any Jammu leader.

“I have great respect for Rahul Gandhi, who is doing a heroic act for national integration. I was invited by Congress stalwarts including K. C. Venugopal, Digvijay Singh and local leadership including Raman Bhalla, G A Mir and Vikar Rasool Wani, but it is unfortunate that they came under pressure from Kashmir -based parties, who never like the rise of any Dogra leader,” he said.

During speeches of leaders on the stage, supporters of Lal Singh were raising slogans in his favour, but were snubbed by PCC chief Vikar Rasool Wani. (KNO)