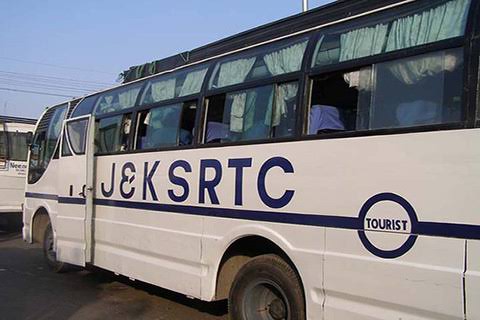 Srinagar: Authorities in Jammu and Kashmir on Thursday have lifted the mystified and unratified ban on operation of electric buses after a couple of days in the capital city Srinagar.

The service was started in 2019 by the Governor of erstwhile state of Jammu and Kashmir.

On wednesday The Kashmir Walla exclusively reported the issue of halting the service of newly purchased electric buses (e buses) by authorities in the city, who as per employees asked them to stop operation in the city as the buses were causing traffic jams and had no permits.

“We were not given proper reasons for stopping the service in the city. Traffic police told us that the vehicles had no permits despite there being no need of a permit for electric vehicles as per Centre government’s direction, and then were told that the buses have been causing traffic jams,” an employee of the JKRTC had told The Kashmir Walla while demanding service to be resumed immediately.

A fleet of 40 buses were introduced in Jammu and Kashmir in July 2019 administration under the Faster Adoption and Manufacturing Hybrid and Electric (FAME) Vehicles scheme of the Central Government and were equally distributed among the two divisions – Jammu and Kashmir to be operated by JKRTC, a government undertaking.

After an uproar and growing demands of restoration of the service authorities, an order issued on Thursday directed authorities to facilitate the uninterrupted service of the buses on notified routes in Srinagar city.

“The Hon’ble Advisor (B) has desired that necessary instructions be issued to the concerned traffic authorities to allow JKRTC electric buses to ply as per the notified schedule to avoid financial loss as well as inconvenience to the general public”, reads the order.

The electric buses were introduced in the region for being eco friendly as they do not emit fumes thus helping reduce air pollution. These buses, manufactured by TATA, have a seating capacity of 30-32 passengers. These buses can cover a distance of 150 km after being charged once.