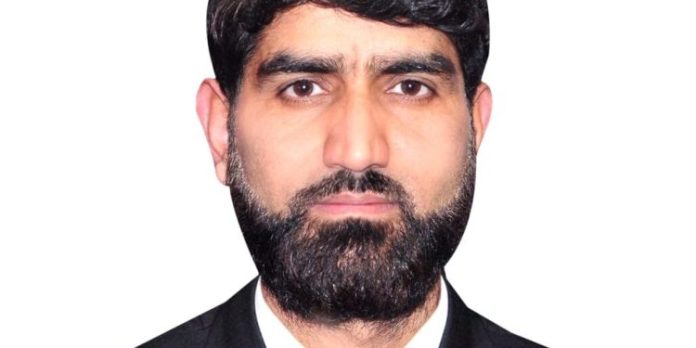 The administration at the University of Kashmir on Monday appointed Dr. Mukhtar Khanday as Director of its south campus.

In an order a copy of which lies with news agency Kashmir Dot Com (KDC) reads “Subject to verification by the University Council, sanction is hereby accorded to the appointment of Dr Mukhtar Ahmad Khanday son of Ali Mohammad Khanday as Director South Campus (tenure position) in the University of Kashmir for a period of five years”

“Dr Mukhat Ahmad Khanday will hold a lien on his substantive post in this University” it reads, adding that the order shall have immediate effect.

Dr. M.A. Khanday, a resident of Srigufwara area of Anantnag is currently working as Associate Professor at the Department of Mathematics, University of Kashmir, Srinagar.

Khanday joined the Department in the year 2003 immediately after the completion of his masters programme in Mathematics. He qualified JRF/NET (CSIR) in 2003 as a first candidate from the Jammu and Kashmir in Mathematical Sciences.

He has done his PhD in Mathematical Biology and his primary research area is Biomechanics and Mathematical Modelling and completed four major research projects and two minor projects funded by the UGC, NBHM, SERB-DST and MPDST.