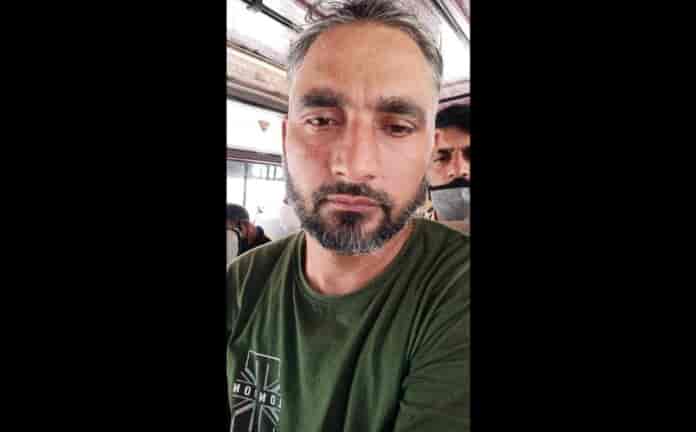 In yet another instance of a Muslim resident of Jammu and Kashmir being allegedly falsely implicated by the law enforcement authorities, the designated court for hearing cases under the stringent anti-terrorism laws has granted interim bail to a resident of Jammu division’s Kishtwar district, Zahoor Ahmed, noting the lack of evidence against him.

Mr. Ahmed, a junior pharmacist in the government’s service, according to his lawyer’s arguments in the court, was arrested on 6 January 2020 “on false and frivolous allegations”. He has been booked under the Unlawful Activities (Prevention) Act.

The Kishtwar police has registered two cases against Mr. Ahmed in the Dachhan police station. In the current case, Mr. Ahmed and nine others have been accused of having worked as “overground workers” of the Hizbul Mujahideen and having funded the militant outfit’s oldest surviving militant in the region, Mohammad Amin alias Jehangir Saroori, who is believed to be based in the Doda-Kishtwar region since the early 1990s.

“Now, while going through the whole file, I could not find a single witness whose statements were recorded under section 161 or 164 CrPC who have uttered even a single word against the accused/applicant Zahoor Ahmed,” observed Justice Sunil Gupta, Special Judge under Unlawful Activities (Prevention Act). The judge further observed: “With the strength of the said copy of the statement, the IO had made a successful attempt to falsely implicate the accused Zahoor Ahmed and even as per the statement; the accused is not genuinely found to be involved in any such activity which may be said to be an offence under UA(P) Act.”

Justice Gupta observed that the police had framed the case against Mr. Ahmed based on the testimony of an individual, Akther Hussain, who’s statement was recorded in the matter of another case, a transcript of which was attached as mere annexure in the present case. “Even if we consider the statement of the aforesaid witness in this case also, I do not find that as per the statement of the said witness the applicant Zahoor Ahmad can be said to have been involved whether in aiding, harboring or being part of the terrorist organization.”

The court further noted that even if Mr. Ahmed had intended to deliver medicines to the militants, as implied by the charge sheet filed by the police, “he cannot be said to have been involved in any of the offences under UA(P) Act.”

The court has directed the Superintendent of the Central Jail in Jammu, where Mr. Ahmed is currently held, to immediately release him upon the latter furnishing a bond of 25,000 rupees but has been disallowed from leaving the limits of Jammu and Kashmir without prior permission