Khadim Rizvi along with scores of activists arrested 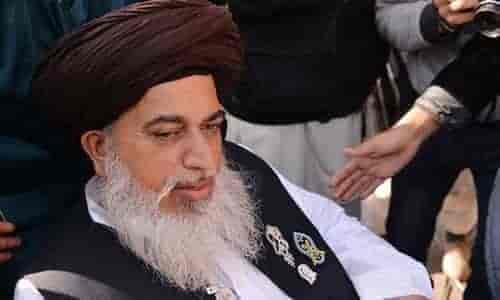 The Pakistan government on Saturday arrested the hardline leader  who had lead demonstrations  protests against the acquittal of  death row convict Asia Bibi.

“Khadim Hussain Rizvi has been taken into protective custody by police and shifted to a guest house,” Information and Broadcasting Minister Fawad Chaudhry tweeted.

The Minister said that Rizvi’s Tehreek-e-Labbaik Pakistan (TLP) party had insisted on holding a protest in Rawalpindi and rejected alternative arrangements offered by the government, reported Efe news.

“(The arrest is) to safeguard public life, property and order and has to do nothing with Asia Bibi,” Chaudhry added.

Party leader Afzal Qadri said that the police had arrested members belonging to his party, who had called for fresh protests, local media reported.

TLP protests almost paralysed Pakistan in October and the beginning of November after the Supreme Court annulled Bibi’s death sentence – first imposed in 2010 and upheld four years later by the Lahore High Court – and ordered her release.

Following the massive protests, Prime Minister Imran Khan agreed with the TLP and allowed them to file a petition with the Supreme Court against the acquittal and ban Bibi from leaving the country until the verdict was heard.

According to the Pakistan government, Bibi was taken out from jail on November 7 and shifted to a “safe” location. Her lawyer also fled the country in fear for his life.

The TLP was founded in 2016 after the execution of Mumtaz Qadri, who was found guilty of killing former Punjab province governor Salman Tasir in 2011 for publicly defending Bibi.

The party secured two seats in the provincial assembly of Sindh in the general elections held on June 25 this year.