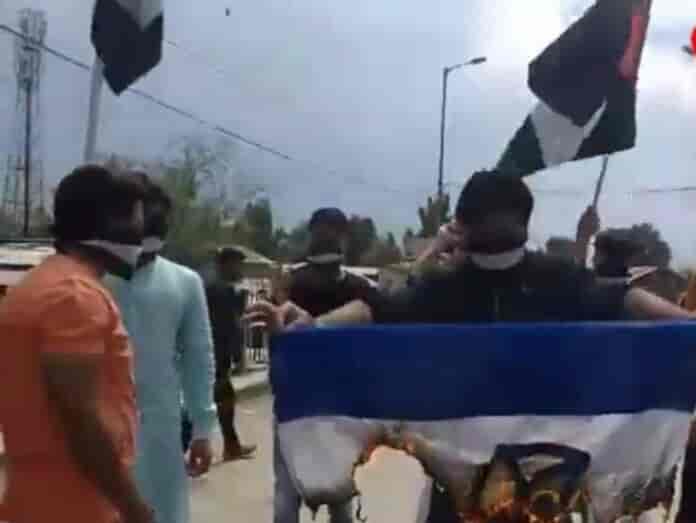 Amid protest, posters urging people to boycott Isreeli products have surfaced in parts of Kashmir Valley.

Eyewitnesses told a local news agency Kashmir News Trust that a protest was held in Padshahi Bagh area of Srinagar outskirts to express solidarity with Palestinians on Friday.

They termed Israel as the biggest ‘terrorist’ country of the world.