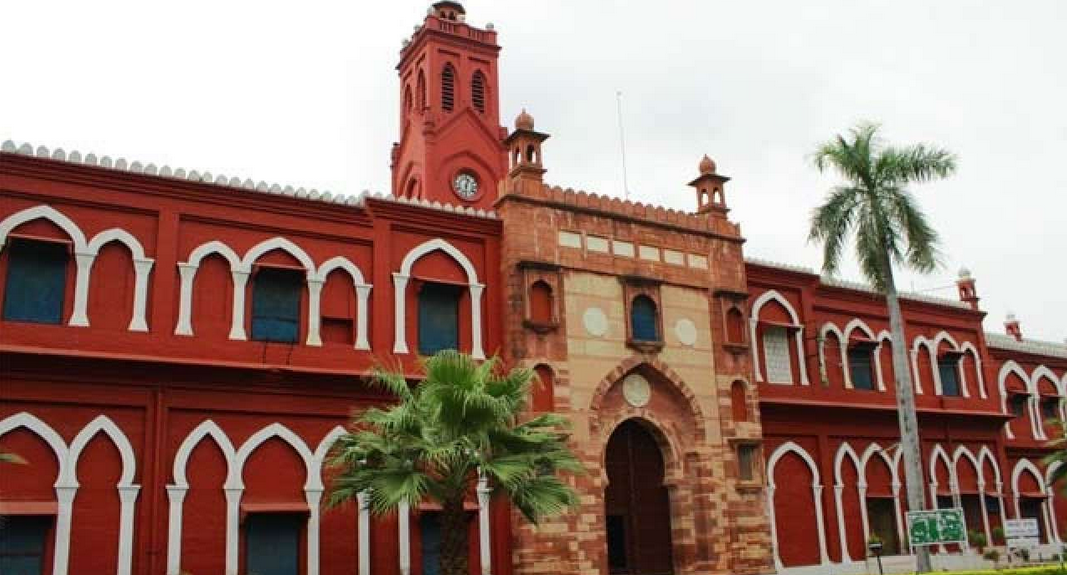 Kashmiri students are again facing harassment outside the state at Aligarh Muslim University (AMU), forcing over 1200 students to announce that they will surrender their degrees if the administration will not revoke the actions taken against a few students.

The row started after former AMU scholar turned militant commander, Manan Wani, was killed in a gunfight with the government forces in Handwara area of North Kashmir on 11 October 2018.

Two students of the AMU were suspended by the administration over what students say are accusations. Haseeb, pursuing PhD in history and Waseem, pursuing PhD in bio-chemistry, were suspended after their alleged involvement for trying to hold absentia funeral prayers of Wani in the university campus. Show cause notice was also issued to seven other students for their support to hold the prayers.

What exactly happened at the Aligarh Muslim University

The suspension reason is said to be the provocative speech made by them but the students denied, saying that there is no evidence of such accusations. “It was prayer time of Asar (afternoon), so we told them we will perform only Salah not the Nimaze Jinaaz but they denied us from doing so. After that there was heated argument between students but we dispersed peacefully. But at evening we heard about the sedition charges and suspension order of two students,” said a Kashmiri student of the AMU, over phone, requesting anonymity.

In a letter written to the Proctor yesterday, signed by AMU students-union vice-president Sajjad Subhan Rather also, the students mentioned that they were only discussing the situations in Kashmir as everyone was worried about the situations in wake of Wani’s killing.

ALSO READ: Who was Manan Wani?

However, some Kashmiri students refuted Rather as their representative, saying that their ideologies are quite different from him and he has political affiliations. There is no union currently as its term has ended in July this year and new elections will be held in next month.

Students that this reporter spoke to over phone also said that Rather in no way represents Kashmiri Students in AMU and he was vice-president of all students not exclusively for Kashmiri students.

While speaking to The Kashmir Walla, Kashmiri students added that if the charges are not withdrawn all Kashmiri students will quit the university, citing the reasons of threat to their life and career. Students are demanding withdrawal of sedition charges, suspension and show-cause notices, before 17 October, which is the birthday of AMU founder Sir Syed Ahmad Khan.

“As we belong to conflict zone so we have a different situation,” said another student. “We are concerned about situations, as all the time, it is the news about the killing of our brother, sister or mother. So, how can we control our emotions that time. We are too far to see their face for last time.”

There have been a series of such incidents with Kashmiri students outside the state and even some have left their degrees mid-way. In 2016, students faced a lot of problems outside their state that seems as threat to their safety and career as well.

In March 201,4 Kashmiri students, studying at Mewar university in Rajasthan, were attacked. The incident was condemned by pro-freedom leaders, saying that “some communal elements attack on Kashmiri students.”

Later in August 2014, police charged 67 Kashmiri students for clapping during a cricket match between India and Pakistan. After that Omar Abdullah, the then Chief Minister, had tweeted: “I believe what the students did was wrong & misguided but they certainly didn’t deserve to have charges of sedition slapped against them.”

Moreover, Kashmiri students were beaten up in Greater Noida, Uttar Pradesh earlier this month, after there was an issue between Afghan and Indian students.

The students at the AMU have now said that they cannot stay at the campus with the burden of these politically motivated and fabricated charges.