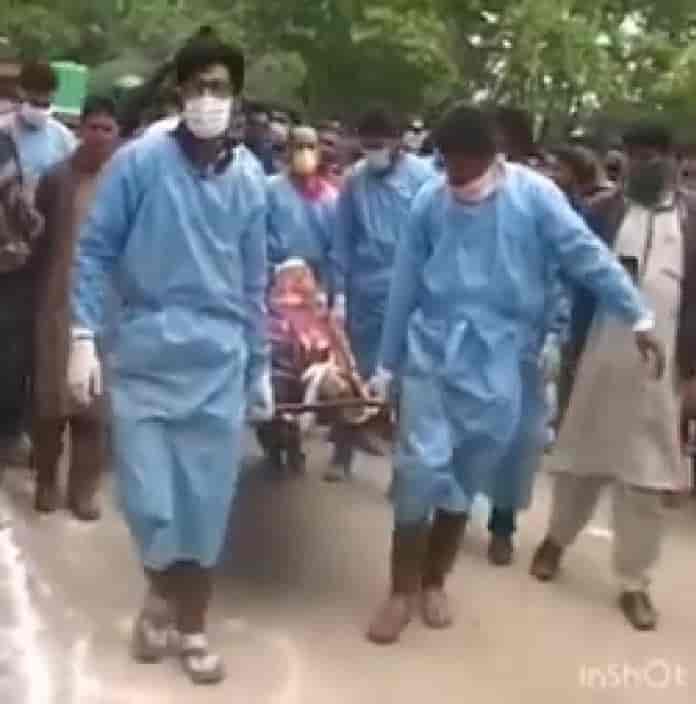 Srinagar: Yet again people of Kashmir set a glittering example of communal brotherhood on Thursday when Muslims went all out to help in cremation of a non-Muslim carpenter hailing from India’s Punjab State.

Sources told that a non local and non-Muslim (Jatt) from Punjab died at his rented accommodation here in Wapora village of central Kashmir’s Ganderbal district.

Locals found it difficult to send the body to the native village of the deceased and thus cremated his body as per Jatt rites.

Before his cremation, doctors examined the body while those who participated in his last rites wore proper protective gears.

The deceased has been identified as Rakeesh Singh who was working as a carpenter.

“He was my brother and we used to work here from past decade. I am overwhelmed by the approach of locals. They are really great human beings. People all across India should learn the principles of humanity form people of Kashmir,” said his brother.

Muslim consoled the grief-stricken brother of the deceased and assured to provide all possible help. Local Muslims lifted the bier and even chanted religious hymns during the funeral procession.

Local Muslims from time to time cremate those Pandits who had been deserted by their loved ones when they migrated to Jammu and other parts in 1990 with a hope to return back after couple of months. (KNT)