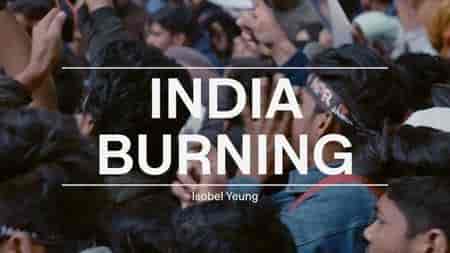 Kashmir photo-journalist, Ahmer Khan is in the team of four who have been awarded The Edward R Murrow Award by Overseas Press Club of America for the documentary film ‘India Burning’.

“They literally covered the globe, with stories originating from Afghanistan to India, Mexico to Brazil, and Russia to China. The depth and scope of their work is breathtaking.”

The Overseas Press Club has termed the work “best TV, video or documentary interpretation of international affairs with a run time up to 30 minutes.”

Moving and illuminating, VICE captures this underreported story with humanity and clarity, in just 15 minutes. By venturing deep into remote communities, the team exposes the disconnect between millions of Muslim Indians at risk of losing their citizenship, and the denials of top officials,” the judges observed.

Earlier, the team’s show ‘VICE’ which aired on Showtime was nominated for the Emmy Awards.

Ahmer is an independent multimedia journalist based in Kashmir, focusing on South Asia.

His work has featured in The New York Times, The Guardian, TIME, and others.