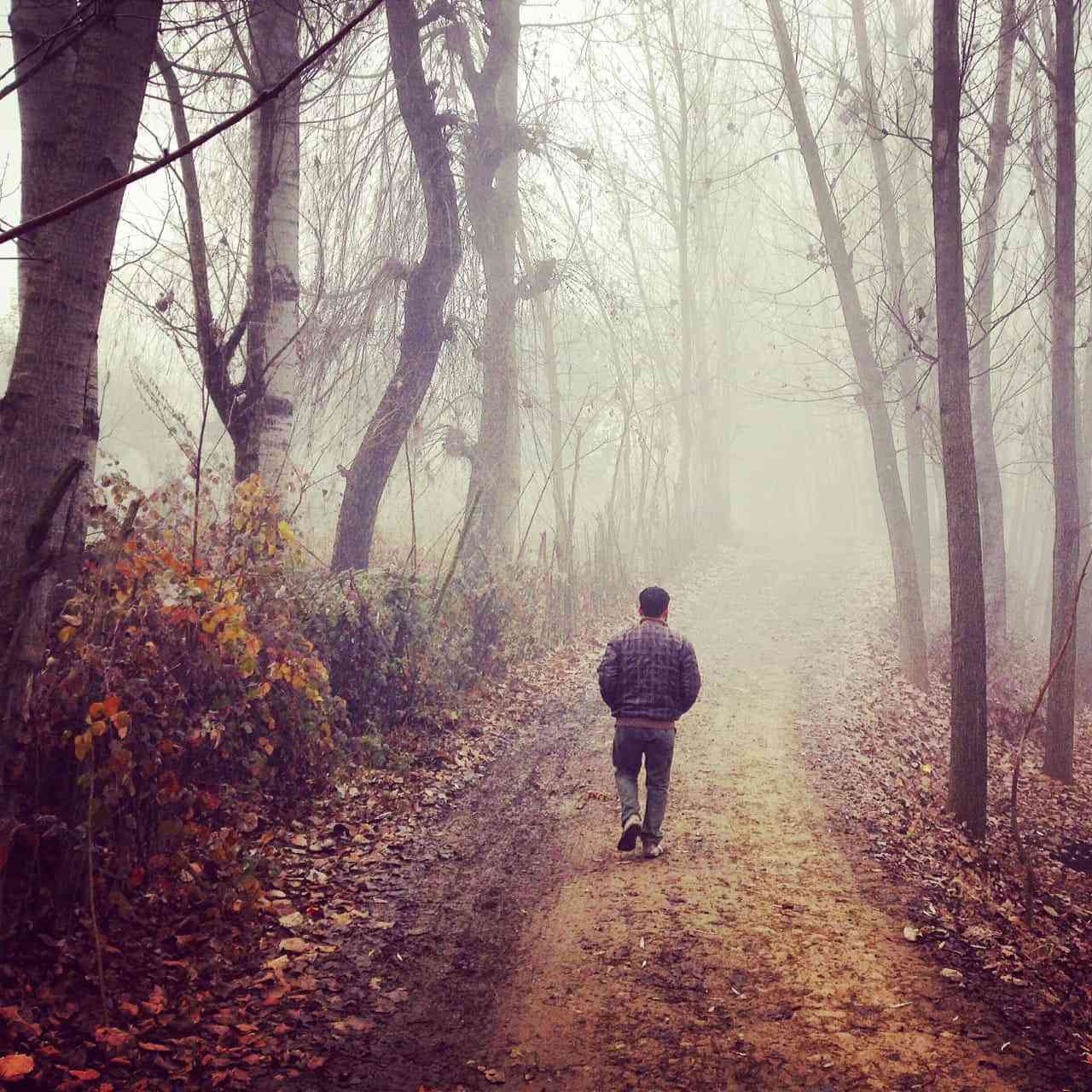 Before landing in Kashmir this year, I thought I had more or less of an understanding of what loaded words as conflict or occupation implied. I always tried to keep myself informed. However, when I went to the valley two months ago, I realised how little I knew about the place. Most of my certainties vanished. One in particular did, which has drastically changed my way of looking at the occupation now. I used to believe that the way of resistance through non-violent artistic, cultural and intellectual activities could exist in such places, and that the youth was not choosing it due to the ease that there is in answering the call of violence, motivated by surrounding peer pressure. The situation appeared to be much more complex. Of course I could have read more and watched more about Kashmir, but I don’t think this would have prepared me any further. It wouldn’t have given me an accurate understanding of the place. Only if one visits Kashmir he/she can start to see the invisible implications of occupation and its direct consequences.

In a few hours there, the obvious appears to you. Army presence everywhere, daily power cuts (while Kashmir produces a considerable amount of the electricity supplies going to India), frequent curfew and strikes. In cities or villages, these are the assets of what you could expect from a situation of occupation. However, if you decide to take a more careful look around you and to listen to what people have the courage to say, then you might get a chance to grasp the reality and harshness of what the conflict implies for the people, and the decision they are allowed to make in such context. In my case, I was particularly meeting young people, therefore I can only write from my experience with them.

As a youngster, your options are not many. Taking over the family business, opening a local shop, or taking higher studies, mostly in scientific domain (doctor, engineer et cetra). For anything else, you are encouraged to go to Delhi or the rest of the India. Unless one decide to become a state worker (police, army, administration, et cetra). In this last category, you are likely to become one of the militant targets, and to become alienated from your peers through being considered as a traitor by your own people. However, due to the scarcity of the financial situation for some Kashmiris, many take this last option. As a result, friends that you can trust are rare. Some people I met confessed stories about discovering that some relatives were police or army informers, or on the contrary, that they were involved in militancy actions. Finding out such things about your loved one demonstrate the climate of uncertainties that the occupation create. Therefore social circles of family and friends which are usually taken for granted are broken, suffocating even more the daily life of Kashmiris.

It is also possible to take the risk to study something more abstract and less job secured, in order to work for the preservation of your own culture. For example, through art. However, the conditions are pitiful: the rooms are overcrowded with art pieces piled up without any precautions; the place is full of dust and empty of state subventions, mandatory to improve the studying conditions. The September 2014 floods did not make things better. For young Kashmiris eager to give a fair assessment of what is happening on the ground through informing their people, journalism is also an option. A dodgy one, as killings of journalist has happened in the past and can happen again. Who knows! Therefore most journalists become over cautious with their work, and end up not taking any risk in their writing, avoiding the problematic truths.

When the youth does not work or study, the youth is bored. All cultural centres have been taken over by the army. In Srinagar, the stadium where cricket and football games used to be played is now nothing else but an army complex. Same thing with the movie theatres, which have ceased to show movies for years now. There is no library where the youngster could let their minds wonder away from the conflict. Only a few run by government. Plus, the Srinagar museum is still not opened. It has been in construction for years. Meanwhile, the theft and degradation of historical pieces older than 5000 years has happened. Since the flood, these treasures are ‘exposed’ in the courtyard without any protection. Finally, if you wish to hang out with friends, cafés can be found for those who can afford. But a Kashmiri has to make sure not to voice his opinions too loud. In a place where it is hard to trust anyone, you never know who is listening.

For one thing, Kashmir is not different from the rest of India. The bureaucracy and administrative procedures are slow and inefficient. However, in a place where the conflict is obsessively present in your life, the consequences are disastrous for all, and especially for the youth. If all forms of cultural empowerment are made unreachable to these young people, whether we talk about studies, leisure, jobs, or even simply accessing their own cultural heritage, what can these young people do? By choosing the way of violence, through militancy or stone pelting, they find an occupation, but also a feeling of fighting for their own place and culture, which they cannot find through participating in the commemoration, perseveration and creation of Kashmiri culture. Violence is the most direct way to get a sense that something is being done against the Indian occupation, first because it became part of the Kashmiri youth’s activities, and also because it might give a feeling that it can stop, or at least slow down the destruction of their own culture.

But not only the lack of occupation and life perspectives motivates the youth to pick up stones and guns. I was in Kashmir for about a month. During this time, at least three innocent youngsters were killed unjustifiably by army or police. For each of this person, a whole area constituted of neighbors, cousins, brothers, sisters, fathers, mothers attended the funeral procession. When prematurely burying the body of your loved one, how can one not lose his/her calm and forget any kind of life aspirations. Revenge becomes your main drive. Especially when you know how exceptional it is that the soldiers committing these crimes get actually sentenced. No justice, no peace.

The youth is hostage of this conflict. Unable to emancipate themselves through finding, a passion, a hobby or simply an occupation, which would allow them to claim up their Kashmiri identities. They are doomed to remain taken away by the strong stream of violence, which has become a part of the youth identity.

This article is a subjective and likely incomplete display of my understanding of the Kashmir conflict for the youth. It only engages me. I will come back to Kashmir. I have hopes that things can change. Exceptionally strong willed young people are showing the way through journalism, art and community work. If they succeed in establishing lasting institutions, other young people will be able to follow their path, and keep the violence away from them and find what they are standing for.