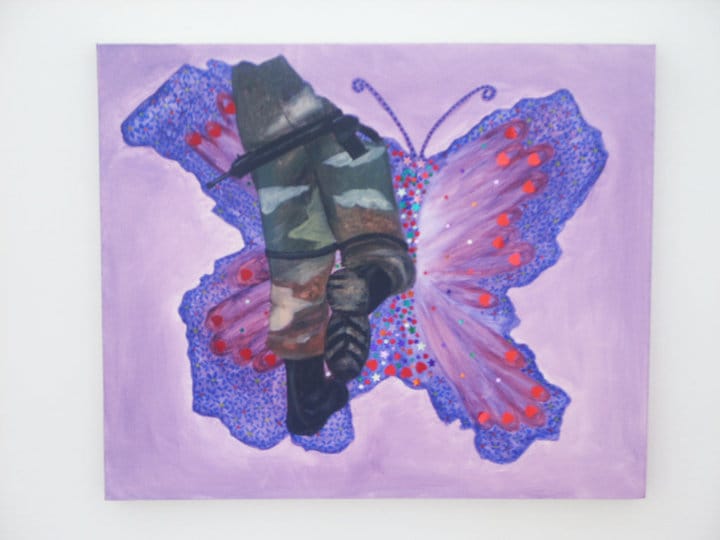 Kashmir is a dispute, a Muslim majority region under Indian and Pakistani control and acutely conscious of its distinct identity in South and Central Asia. This triangular reality is not just the staple of our diverse political as well as social discourses but also at the core of our national dilemma. Those upholding the idea of a pluralistic Kashmir tend to abhor the noises of Muslim identity; those drawing inspiration from religion detest  the liberal interpretations of freedom, justice and coexistence; then there are those who believe in political autonomy within India or Pakistan but are wont to dismiss the noises of independence as heresy. In sum, this forms our ideological trinity, which appears an assortment of unfulfilled aspirations but ironically fuels our internecine battles. Only a nationalist discourse, had there been one in place, would make us see one reality in three shades, much like the Christian doctrine of trinity.

Even as this ideological trinity gives out a cacophony of embattled narratives, it essentially points to the same idea that is sovereignty. The more we sharpen this apparent divide the easier it becomes for the adversaries to subjugate us. On the contrary, the more we focus on the singular purpose of Kashmir’s ‘political trinity’ the easier we make it for next generations to steer clear of the apparent chasm and not lose the focus.

Since the spirit of Kashmir’s resistance, of all hues, has been the chronic unease with subjugation, no political discourse, howsoever manipulated, can stand without the crutches of the idea of sovereignty . The young advocates of Kashmiri sovereignty will have to do a plenty of hard but dispassionate thinking in order to assume a role amidst this triangular contest between the freedomists, the unionists and the pacifists.

A fresh and wholesome idea of Kashmiri resistance, therefore, needs be propounded lest our posterity should find itself torn between the choices of the political and moral locations. A national discourse, based on the centuries old aspiration of sovereignty, is most likely to forge the badly needed national integration of competing ideas. The trinity needs to be understood as one, not three.

Kashmir, too, serves a fitting example. A social revolt against the Dogra monarch Hari Singh turns into a nationalist movement, giving rise to Sheikh Abdullah; this struggle begets a religious movement with political tinge and later on develops into a militant movement. Farooq Abdullah’s anti-Pakistan rant in 1990s and Mufti Muhammad Sayeed’s pro-Pakistan posturing at the turn of the century cannot be dismissed as a mere contrast between a buffoon and a shrewd mastermind. This contrast, actually, exhibits the transformation of the Kashmir movement, allowing Mufti to peddle the soft-separatism.

Many would wish the Hurriyat camps to pocket the credit for ‘baptizing’ the pro-Indian discourses here, but the fact is that the Kashmir movement has never been three distinct entities, though the fortune hunters have always straddled the political divide. This movement has all along been, and should be viewed as, the singular aspiration of sovereignty.

Aside from the territorial ambitions and mindless policies of both countries, Kashmir’s movement kept on transforming itself and reaching where it is now. The Christian sects may fight theological battles for ages over the question of trinity, but Kashmiris have no time to hair-split their own ideological trinity.

Rather than getting upset over duality of voting percentages and large funerals of militant commanders, we need to think of an overarching sovereignty discourse that would serve as the moral frontier for the actors of freedom, elections and negotiations. But in order to harmonize the results of this ideological trinity , the adherents must turn to Spinoza’s Ethics : “Minds are conquered not by arms but by greatness of soul.”