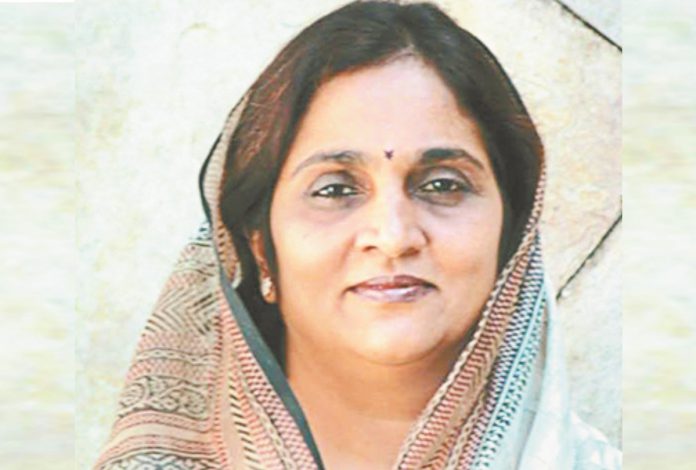 All India Congress Committee In-charge for Jammu and Kashmir and a Member of Parliament, Rajni Patil Saturday said that the ongoing situation in Kashmir has exposed the fake claims of normalcy often being made by the Government of India.

Talking to reporters after visiting the residence of slain Muhammad Shafi Dar at Naidkhai, Bandipora, who was shot dead by unknown gunmen on last Tuesday, Patil said that coming here, she feels that the situation of 1990 is being repeated as innocent people are being shot here and the claims of normalcy that are being made by BJP government here are proving hollow.

She also said that there should be a judicial inquiry into the civilian killings that have taken place here over the last several days. “Victims of family members also demanded that the killers need to be identified as soon as earlier,” she said, as per a local news agency—Kashmir News Observer (KNO)

“How long will we call them unidentified gunmen? We have known them and if we can’t do that, we’re going to make a big mistake, ” she said, adding that the judicial inquiry should be done and the Congress party has always stood by it.

Previous articleMehbooba not allowed to visit slain civilian’s home
Next articleFed up by bureaucratic hurdles, 38 sarpanches, panches resign in Ramsoo