Kashmir shuts to protest over attempts of Article 35-A abrogation 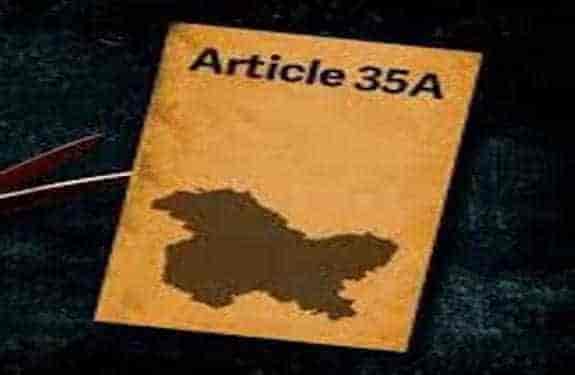 Life in Kashmir has been disrupted today due to a complete shutdown called by pro-freedom leaders against the legal challenge in the Supreme Court on the validity of Article 35A, which bars people from outside Jammu and Kashmir from acquiring any immovable property in the state.

The situation across the valley has been peaceful so far with no untoward incident reported from anywhere, except a few minor protests.

Shops and business establishments were closed across the Valley while all kinds of transport remained off the roads due to the strike called.

Train services have been suspended in Kashmir Valley for today and tomorrow in view of a strike called by separatists, a senior railway official said today.

The official said there are apprehensions of law and order problem in the valley, hence train service will remain suspended for two days on August 5 and 6.

The state government has filed an application before the Registrar of the Supreme Court, informing that it is going to seek adjournment of the hearing of the petition in view of the “ongoing preparations for the upcoming Panchayat and urban local body and municipal elections in the state”.

The officials said government forces have been deployed in strength at vulnerable places in the city and elsewhere in Kashmir for maintaining law and order.

Protests have been organised across the length and breadth of Kashmir over the past few days with mainstream parties like the National Conference and PDP also holding rallies in support of continuing Article 35A.

(With inputs from PTI)

Previous articleProtests to safeguard Article 35-A across party lines
Next articleArmy shot dead cattle trader in Ramban, another injured