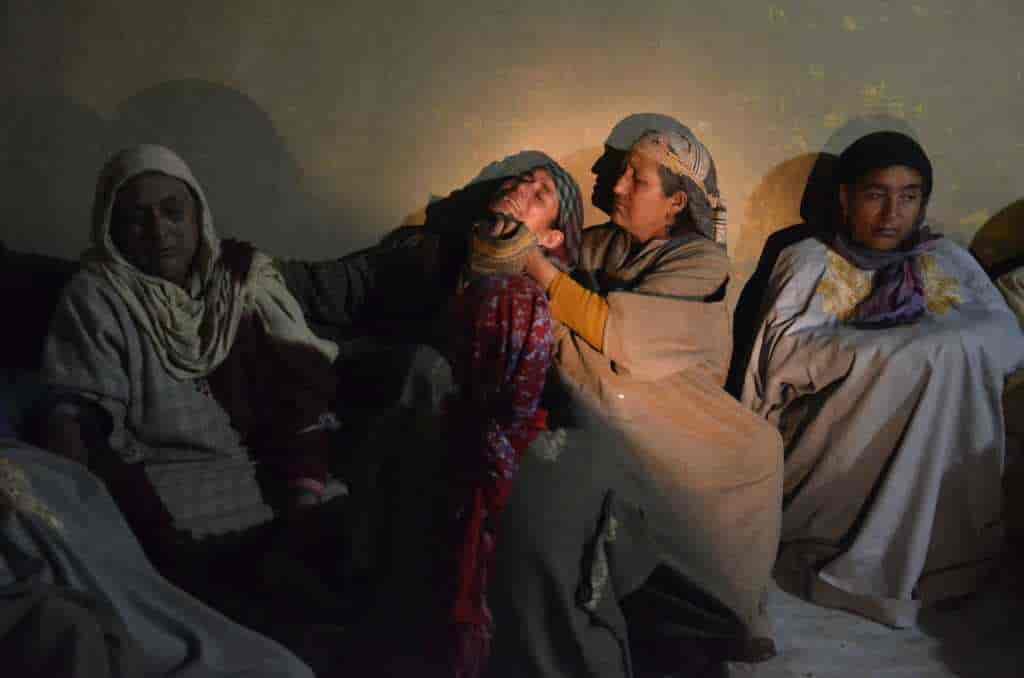 The teenage boy, who was killed in police firing in the Indian-controlled Kashmir on Friday, had a dream to send his father to Mecca to perform Hajj. “He had promised that one day he will send me for Hajj,” says his father, Ghulam Rasool Dar.

Farhat Dar was shot dead on Friday during protests in North Kashmir’s Bandipora district. Rasool adds that it was as if Farhat knew that he will die on Friday. “During the morning hours, he went to salon – had a bath and wore new clothes. He spent more than usual time in a mosque after congregational Friday prayers,” he said.

Ghulam Rasool Dar, 50, is a local vendor and rides a cart to earn livelihood at Naidkhai, Bandipora, wept bitterly when local news agency’s correspondents visited his house – a set of two rooms and a small kitchen. The partially furnished rooms with a few plastic sheets covering the floor. Farhat has left behind a wailing mother, an elder sister, an aged grandmother and father who says his son was his only reason to live.

“Farhat always used to tell me that his dream is to send me for Hajj and want to see her elder sister getting married,” Rasool says. His grandmother is not able to come out of the shock. She has been unconscious for a long time since her grandson was brought home dead. A few neighbors add that whenever she regains consciousness, she asks for Farhat. “He is in Jannat (Paradise). He is a martyr. He is alive,” people tell her, while trying to calm her.

Farhat’s mother was silently sitting in a corner. She was wiping her tears with her headscarf, rest she wore no expressions on face. She doesn’t even answer to anyone’s call. Farhat’s sister was sitting besides her mother. As relatives were busy consoling her, she kept on crying. “Where would I find you now my brother? Tell me that place where you are?” his sister calls him.

Basit Ahmad, Farhat’s close friend said while recounting latter’s killing that after the prayers he along with Farhat was going for the tuition classes.  “Farhat’s family is very poor. He earlier had to leave his studies in midway to help his father but he had a great zeal for studies. He resumed his schooling and had to appear in class 10 examinations this year,” he said.

Basit says that the most of the time, Farhat used to work as a laborer in the area to help his father. “He always used to be excited about his sister’s wedding. He kept on saying that one day he will have a good job so that he could give comfortable living to his parents.”