Kashmir issue can be solved through Kartarpur like initiatives, says Mehbooba 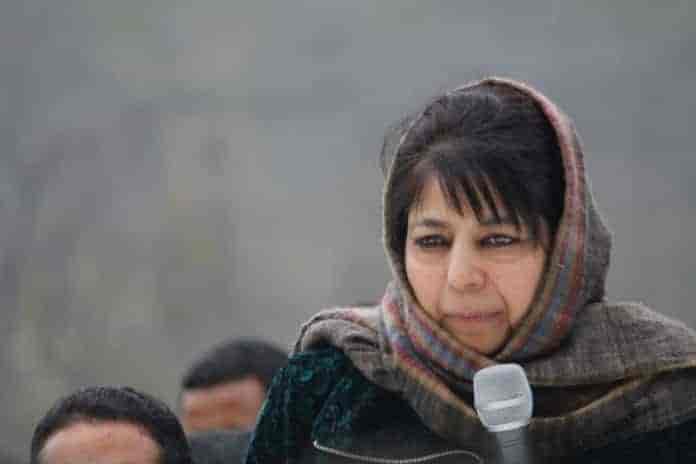 Former Chief Minister of Jammu and Kashmir Mehbooba Mufti on Monday said that Kashmir’s long pending issue can be resolved through Kartarpur like initiatives rather than bloodshed and violence.

Mehbooba in a statement said that Pakistan’s  step was appreciable and that same should reciprocated with grace and statesmanship by the leadership of India.

“Bold, honest and humanitarian initiatives are needed to resolve Jammu and Kashmir problem. It is worthwhile to witness that Kartarpur corridor was opened on a day when so many human lives were taken by terrorism in Mumbai in 2009,” said Mehbooba. “If we continue with this response, there is no reason why Jammu and Kashmir problem should not be settled.”

She further added that the step of opening Kartarpur corridor shows the diplomacy that too when electoral process was going.

However, she added that voters are not aware of this initiative and this process could be a model for future.

“It has given us an idea that electoral considerations cannot any longer hold back the governments from taking decisions that are aimed to improve the ties between two countries,” she said in a statement.

The party president also appealed to open the Sharda shrine corridor in Kashmir across the border which can help Hindu devotees and pilgrims to visit the place with ease.

Condemning  the ongoing killings in Kashmir, the PDP president said that the pains of past among the people have not yet healed, nine people, have been killed this week alone in Valley.

She further urged the youth that they should shun the path of  violence and look for other solutions to resolve the issue through democratic ways..

Mehbooba added  that people at the helm should try to practice humanitarian approach to resolve the issue than adopting those steps which are harmful for them. “Trigger happy approach will not solve the Jammu and Kashmir problem. Confidence building measures, dialogue and reconciliation are the only ways that could protect the state from an apocalypse,” Mehbooba said.